The weather forecast was not very bright today but we decided to go out to Morges and see the vineyards in the AOC La Cote. 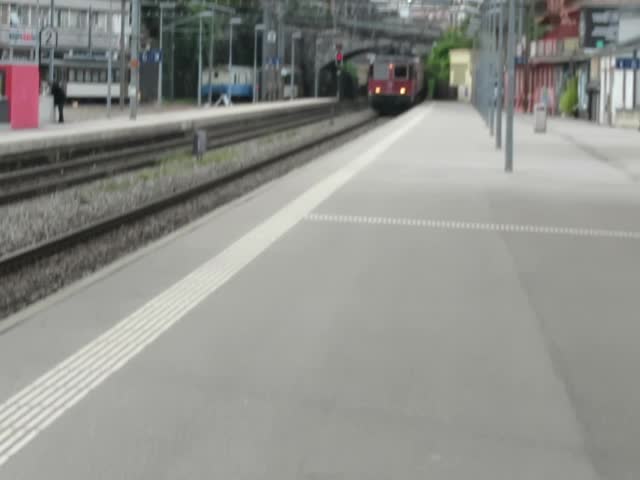 While waiting for the train in Montreux a heavily loaded freight came through
The Geneva train quickly took us to Morges.  There was a heron on a rock by the lake but the most extraordinary sight was several hundred cormorants, all in one location, obviously hunting a large shoal of fish.  We found the narrow gauge BAM (Biere - Apples - Morges) train.  This metre gauge line is the only one that has the same overhead voltage as the Swiss National Railways (15,000v AC).  The line climbs out of the Lac Leman basin through an area of wine growing and into some mixed farming with a lot of sugar beet.  At Apples a connection is made with a branch line to L'Isle and the main line continues on to Biere.
Biere is a sleepy place, they roll up the sidewalks at lunch time, indeed I am not sure they unroll them at all.  It was beginning to rain and the only movement at all was from a large dog that sounded rather like a wolf.  Everything shuts down for lunch except for one cafe-restaurant which offered a choice of the daily three course special or a variety of pizzas.  Both were excellent.  We got in early and the place began to fill with workers, some in high visibility clothing.  One table was reserved for two old men who were served the special and glasses of wine without actually having to order. The very slim waitress kept a sharp eye on everyone and knew precisely how each table had progressed. 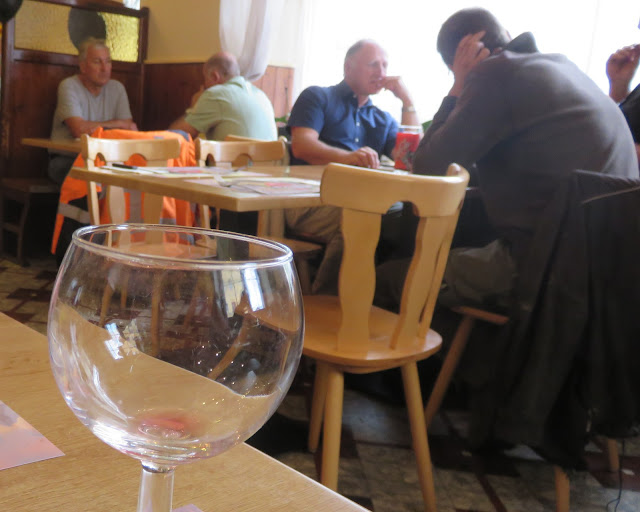 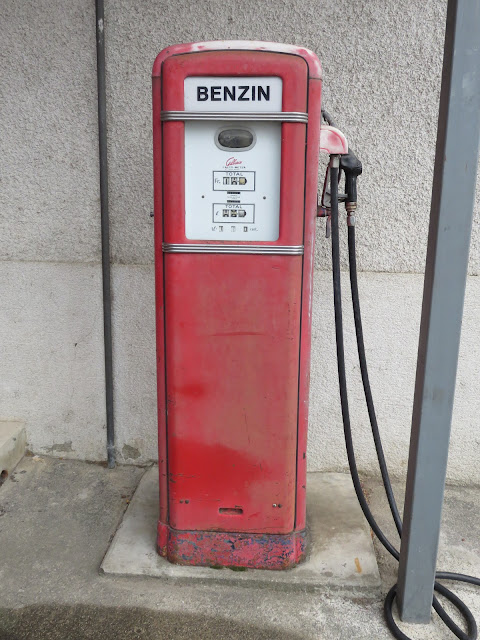 We had kept an eye out for the Chateau de Vufflens on the way out and decided to stop there on our return as there was nothing to keep us at Biere.  Having mastered the way of communicating with the driver that we wished to alight we walked into the village.  We couldn't easily get a view of the Chateau which is being extensively renovated. It appears to be a wine chateau rather than a fortress chateau.  There are excellent views over Lac Leman from here. 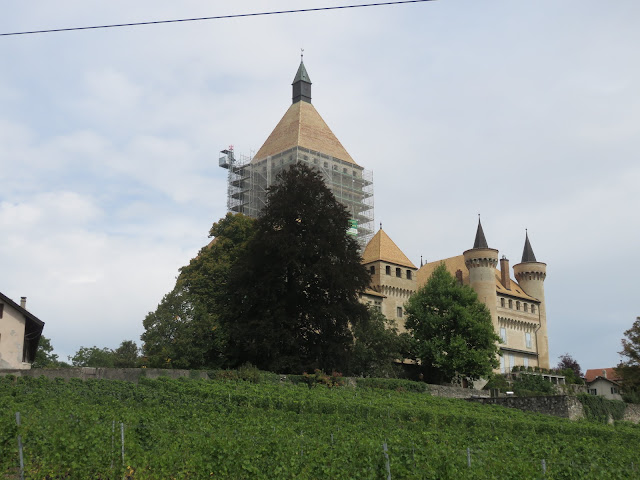 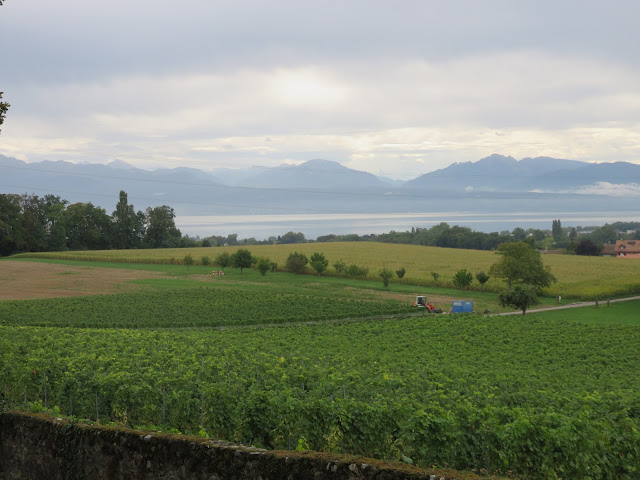 A Swiss pass gives us a great deal of flexibility and we decided to go through Montreux and past Aigle to Bex.  The train from Morges took us right there.  There was a narrow gauge train waiting in the station but I wanted to see it run through the town of Bex which has some fierce and narrow curves.  We walked into Bex and found a cafe close to the tight part and had a glass of wine while waiting for the train.  The sun was now shining brightly and it was hot walking into town. The single track line runs down one side of the main road into town so trains run opposed to the traffic in one direction. 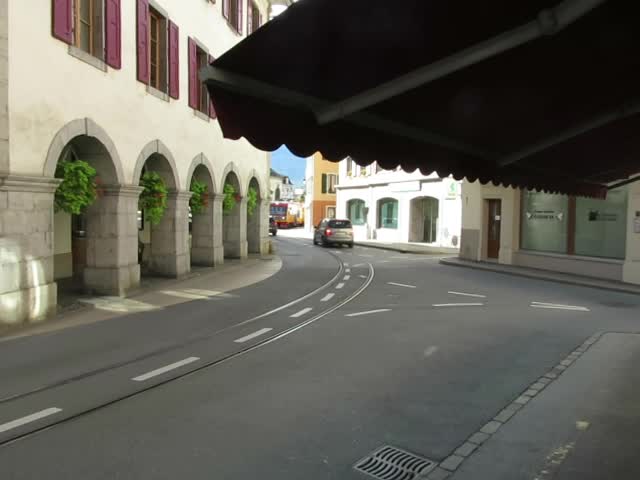 Street running in Bex
We used the next inbound train to get us back to the Bex station where we made an easy connection back to Montreux.

Click here to see all pictures taken on the BAM

Posted by Colin Churcher at 9:09 AM