Our intention today was to take the steamer from Montreux to Le Bouveret to visit the Steam Park.  However, the steamer also called at Vevey Marche which would give us an extra half hour on the lake at no extra cost as we were using our first class rail passes anyway. We took the opportunity to ride the trolley bus along the lake, again at no cost, to Vevey thus giving us a better idea of the geography of the area.  The trolley buses are very quiet and pleasant.  These have four doors on the curb side and a ticket machine at the back entrance way.  Pity OC Transpo doesn't think of this.

The steamer, General Guisan, arrived at Vevey from Lausanne right on time and we had the first class deck to ourselves as far as Montreux when an antipodean party joined us for the short ride to Chillon.  The steamer was very comfortable and very quiet.  As we left Montreux we saw the paddle steamer Suisse and rode on one later in the day.
The ride to Le Bouveret was very pleasant and relaxing, good bearing in mind we are still suffering from jet lag.  It was good to call in to the dock at Territet and see how close it is to the apartment.

The steam park is close to the dock.  The ticket lady told us they would not accept our Swiss rail passes so we immediately took out our Montreux cards which gave us a 50% discount saving CHF 15. 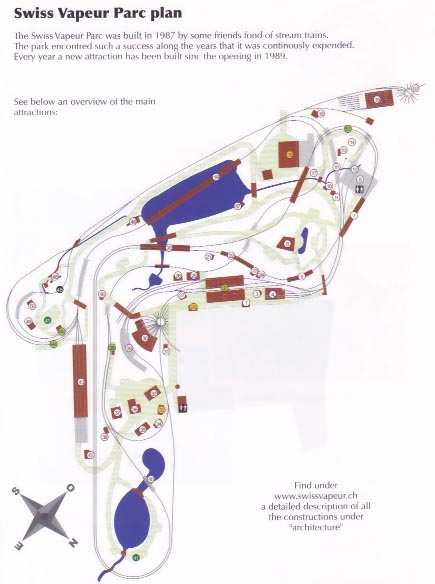 The layout of the park is very confusing because they have packed a great deal into a fairly small space.  The dual gauge is 5 and 7 1/4 inches.  There were three trains running.  We found it difficult to get on to a train at first because many of them went through the main station without stopping. Eventually it turned out that there were two trains running on the main line loop, one steam and one internal combustion with an outline of an MGB narrow gauge.  There was an additional train running on a loop which included a rack section.  There is a large roundhouse with an impressive line up of steam locomotives. 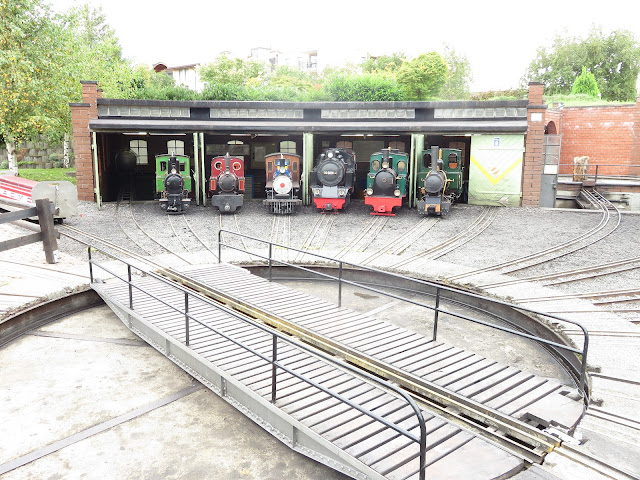 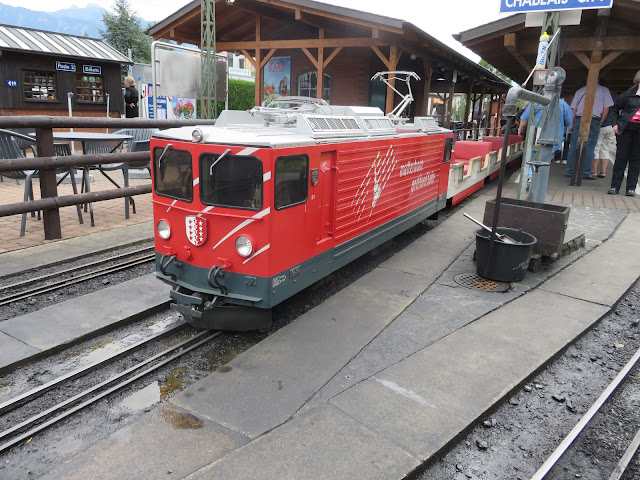 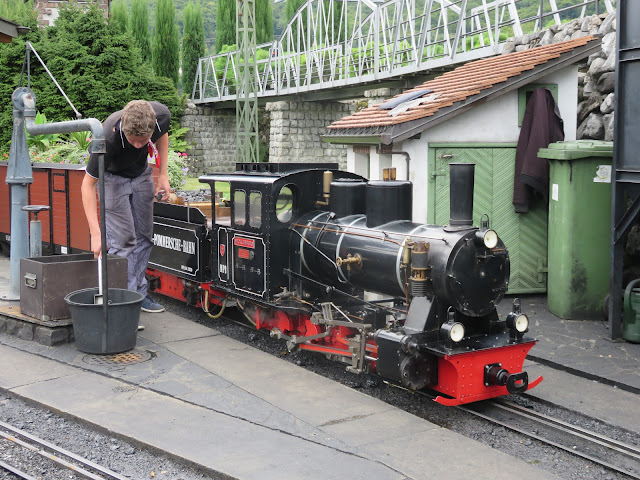 The grounds contain many models of local and Swiss buildings, churches, castles as well as several working models of waterwheels, funiculars etc.  Admission includes unlimited rides and many were taking full advantage, both very young and very old.  Each ride is very long, about ten minutes, and without the plan it is difficult to follow the route,  There is lots of interest. 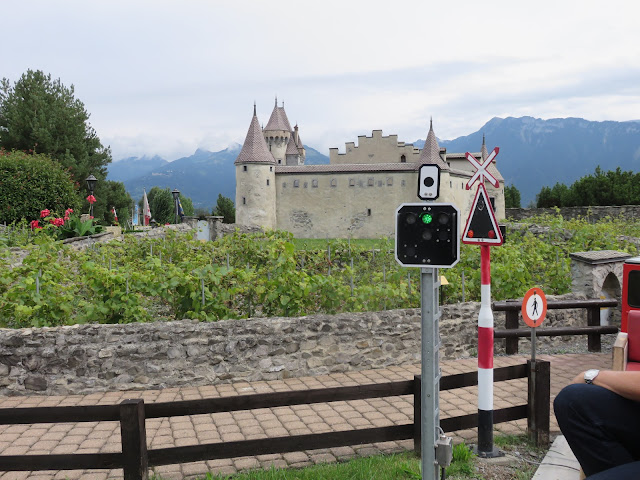 We had lunch at the cafeteria and then went for a quick walk into Le Bouveret before catching the beautifully restored steamer Vevey back to Montreux via Vevey Marche.
We did a little grocery shopping at Montreux and took the trolley bus back to the apartment.  We were both pretty tired after a long day.

Click here to see all pictures taken at Bouveret Steam Park
Posted by Colin Churcher at 9:33 AM