It was raining hard and we had a lazy morning.  The closest restaurant to us is the Pinte de Jaman in Glion which is about 400 metres north but about 300 metres above us.  We took the funicular and enjoyed a good plat du jour which was sanglier (wild boar).  There were a few locals in the restaurant and the waiter remembered us from Saturday and was happy to see us.

The Rochers de Naye rack railway took us into town.  There were a few schoolchildren coming back from lunch.  Just imagine having to ride a rack railway four times a day every day!

Because of the bad weather we had planned to go to a movie later on.  However, there was a rapid improvement in the weather.  I spent an hour or so at Montreux station. 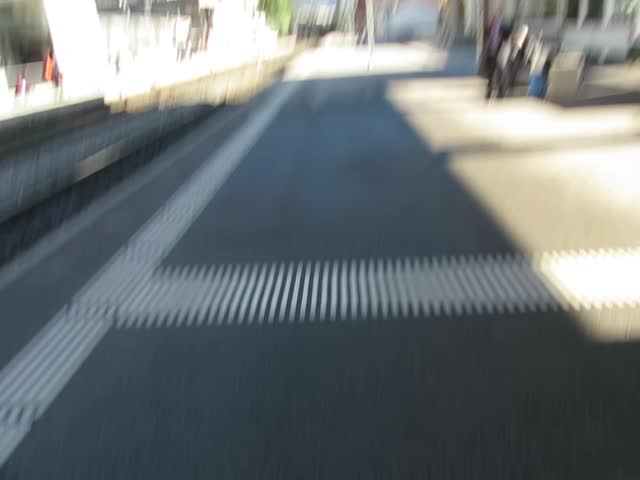 After that I joined Mary for a movie "Transporter Refuelled" - lots of action but very little plot.