The Swiss transport system is amazing,  This morning we went to the bus stop to catch the trolley bus into town which was due at 0933.  There were trains from Montreux to Martigny at 0942 and 1005. Nine minutes to get into town, and up four escalators seemed impossible so I thought we would be on the 1005. However the bus was precisely on time and the 0942 was running in as we made platform 3 with time to find first class.  The lesson here is to think travel in terms of minutes not quarter hours as in Canada (or hours on the Canadian).  The downside is that if you are even a minute late you will miss your train.  Train crews watch the station clocks (see below) and give the signal to depart precisely when the second hand reaches the top and the minute hand moves.

We did a lot of train riding today.  The 0933 from Geneva Airport took us to Martigny in good time and it was here the fun began.  There was about half an hour to look around Martigny - ample time in this uninspiring place. We had come through the Chablais wine growing region around Aigle but it was mainly fruit trees around Martigny although the Valais wines from the are are also very good. The journey to Chamonix is over a narrow gauge railway, with some rack sections. It is electric, 850v DC, with some third rail sections and some overhead.  There was a very large crowd waiting to board the three car train.  The train came in and Mary and I had strategically placed ourselves at one of the two doorways but they opened the doors on the other side of the train to let the incoming passengers get off.  An official then moved one large group to an adjacent platform and loaded them into a spare train.  We left a couple of minutes late with a moderately full train and the group's train followed us some way behind.
The scenery on this line is exceptional.  We called at several small village on a twisting route that at times was high on the mountainside with a sheer drop of about 1,400 feet to the valley below.  Most areas were heavily forested, many with very tall trees.  There was little bare rock.  We crossed into France at Chatelard Frontiere and terminated at Vallorcine where we all had to get out and get into a similar SNCF train which took us on to Chamonix.  The reasons for the need to change trains are not clear.  The French safety authority had difficulty in approving the new Swiss trains but I suspect much of the reason is political.

Chamonix is quite clearly France.  It is a pleasant place but does not have that spit and polish that one expects in Switzerland (other than Martigny).  Before we left the station we heard the SNCF iconic jingle and the yellow composteur machines for tickets were in evidence.

We enjoyed walking through the busy town in warm sun and took a look at the restaurant menus. Prices were in euros and things seemed marginally cheaper than in Switzerland.  The parasailors were out in full force.  We eventually settled upon a restaurant which had a magnificent view of the Aiguille du Midi and the Glacier des Bossons.  The plat du jour (faux filet) was good and a bottle of Beaujolais went well with it.  While we ate we could watch the parasailors flying close to the glacier and around the mountain tops. 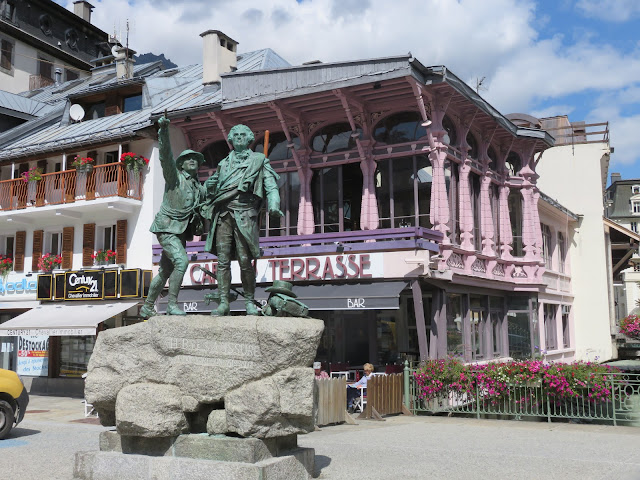 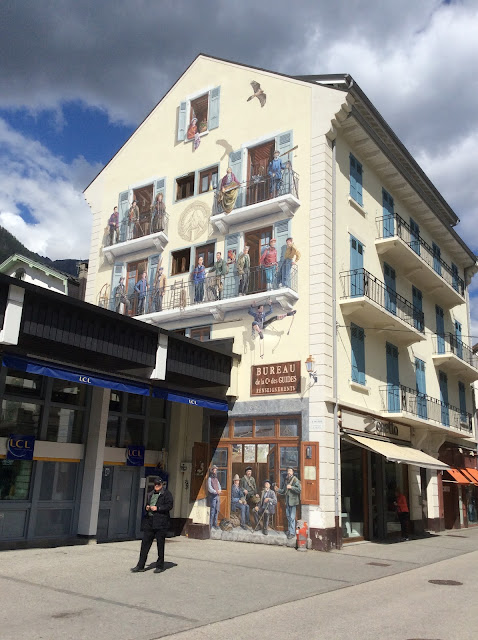 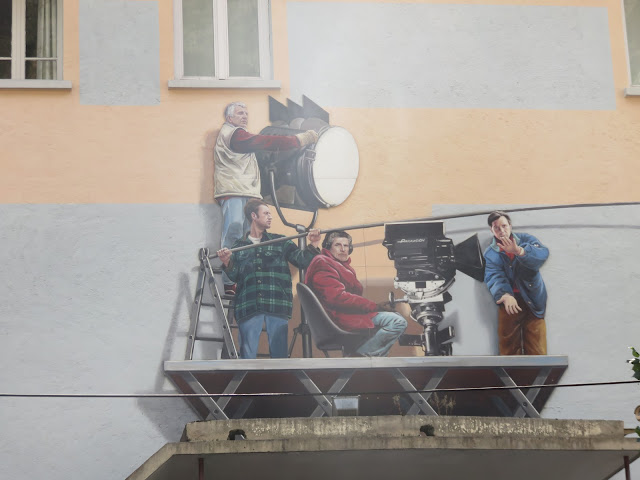 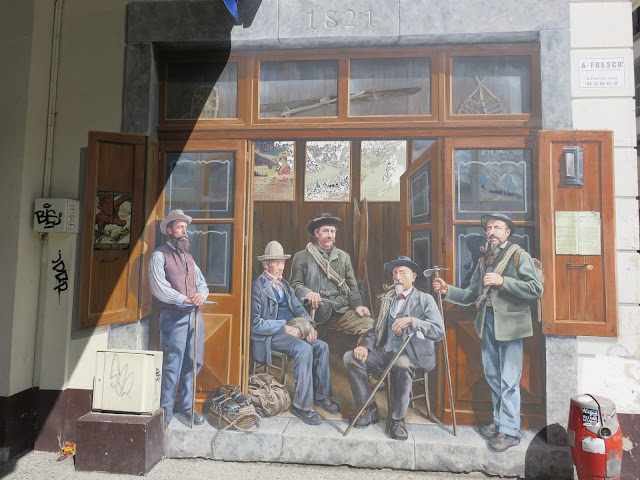 After lunch we wandered back to the station admiring a couple of statues and houses with scenes painted on their walls and caught the train back to Vallorcine and Martigny.

One interesting item was the station clocks used on the French stations of the Mont Blanc Express. They are a slightly different design with different colors but they use the same unique movement when the second hand reaches the top and the minute hand advances.  I am setting out below videos of the two. 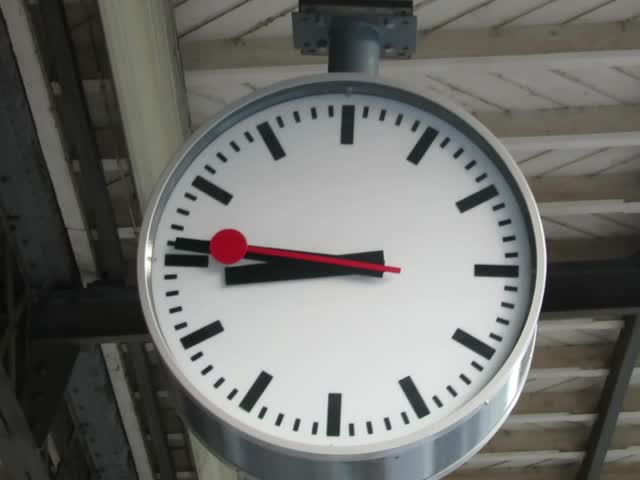 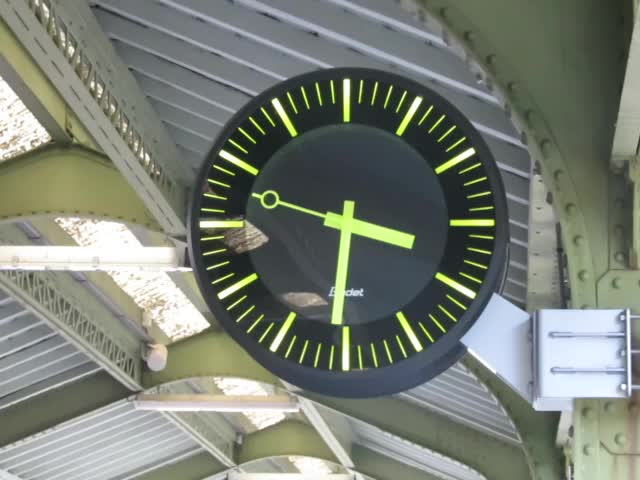 Posted by Colin Churcher at 9:58 AM