It was hot and sunny today - a good day to be cruising around the lake. We were in good time but just missed a trolley bus and decided to walk into Montreux where we caught a train to Lausanne. The Lausanne metro is rubber tired partly because of the adhesion required on the steep grades. At each station there is a short jingle before the station is announced.  At Ouchy, the final stop, there is a loud crashing sound, presumably to wake people up, and as the doors are opened the system plays a recording of seagulls.

We caught the boat for the 35 minute ride to Evian.  This boat is nowhere near as nice as the paddle steamers although the first class seating was in soft leather.

Evian is in France but it is very clean and tidy and pleasant to walk around.  Being Sunday a number of places were closed including the big water building (Source Cachaf) while the spring in town was closed for renovations and the Palais Lumiere Cultural Centre was between exhibitions. 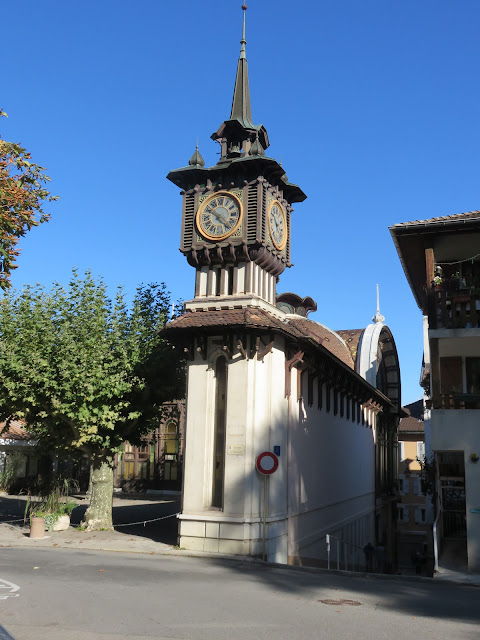 We stumbled upon the funicular railway which was free.  It is quite long and has a couple of tunnel sections, one to avoid a large hotel/spa.  Although it took us up a long way the views from the top were non-existent because of the surrounding tall trees.  We decided to walk down along a pleasant path that follows the funicular for most of its route. 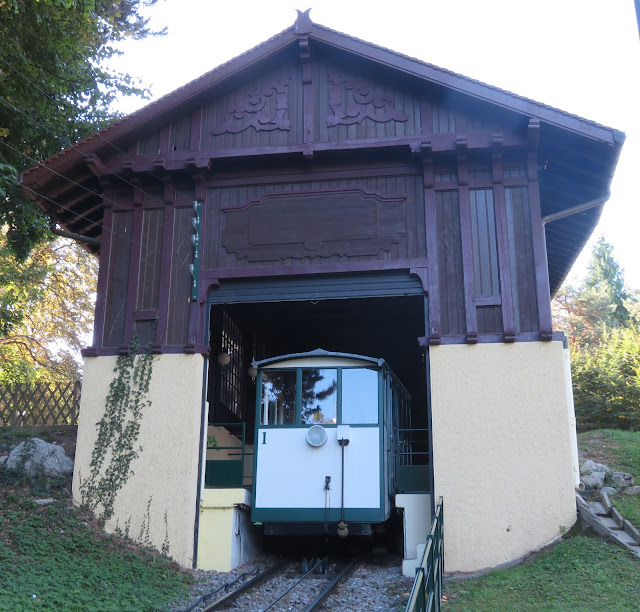 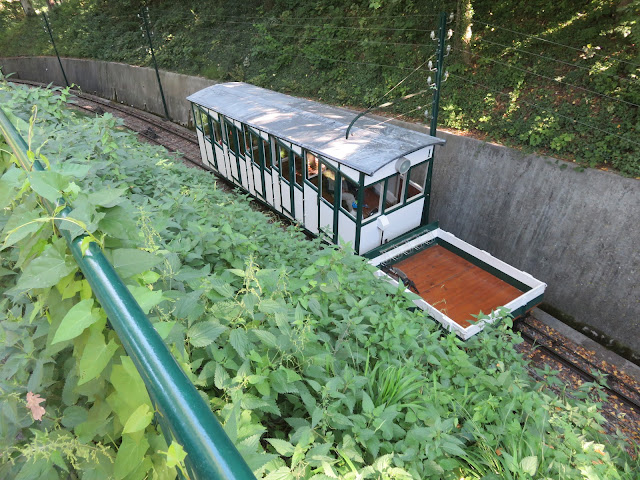 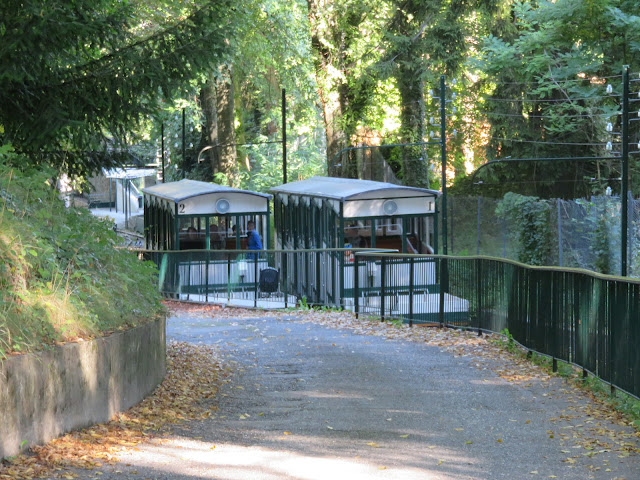 Lunch was at a good French restaurant attached to a hotel.  Many of the guests ate here.  The daily special was very good and was accompanied by half a liter of the local Savoie white wine. The server was very good indeed.  She knew at which stage every table was and kept very much on top of things.
We had a short walk around and then went back to catch the 1425 train back to Lausanne.  This makes a five minute connection with our favorite steamer La Suisse for the return along the Lavaux coast to Chillon and Montreux.  There were a lot of people out at Vevey and as we left there the breeze wafted smells of peanuts, popcorn, candy cotton and caramel. 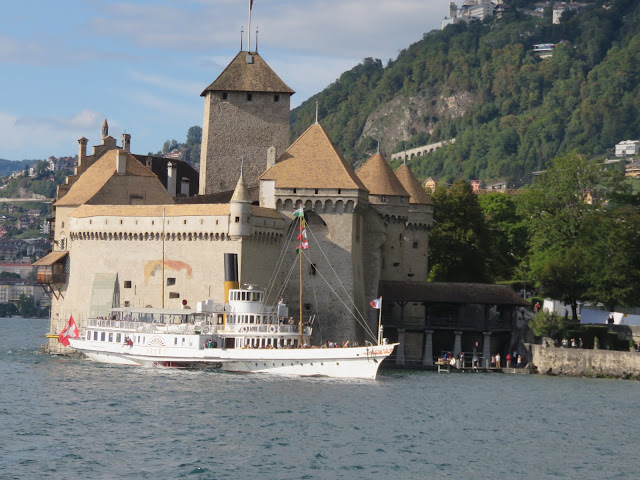 We have now traveled on La Suisse three times and each time there has been the same lady in first class.  She is well known to the crew who occasionally offer her a glass of wine and occasionally chips.  Many of the crew come up and speak to her.  Today someone brought up a hand written manuscript with pictures for her to peruse. She waved to the driver of a train at Chillon who whistled back. Curious.
Posted by Colin Churcher at 10:16 AM