We took the early Classic train because later trains can become crowded with rich tourists.  Of the five cars, two were first class and we were the only ones in there.  There was a group in second that went as far as Gstad and about another half dozen in second class.  This train is patterned after the Wagon Lits company cars but, although luxurious, do not come anywhere close to the CIWL cars although I am sure the tourists must lap it up. 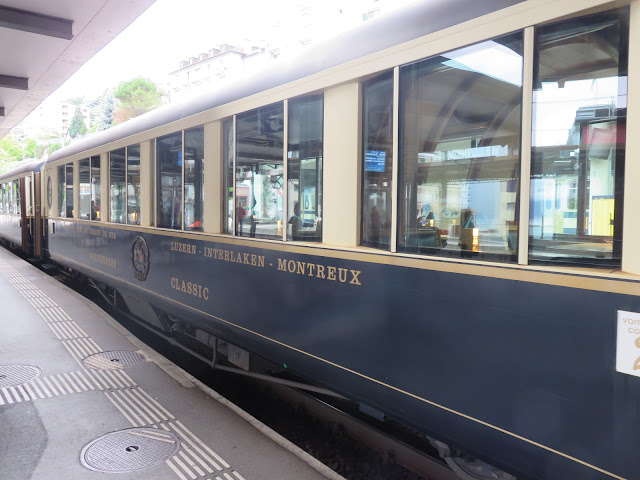 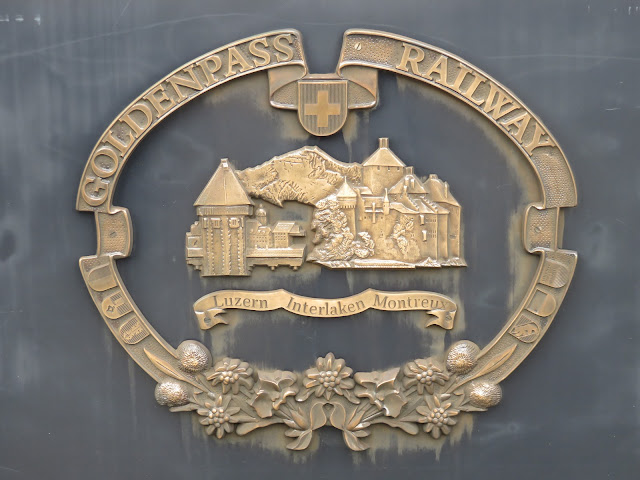 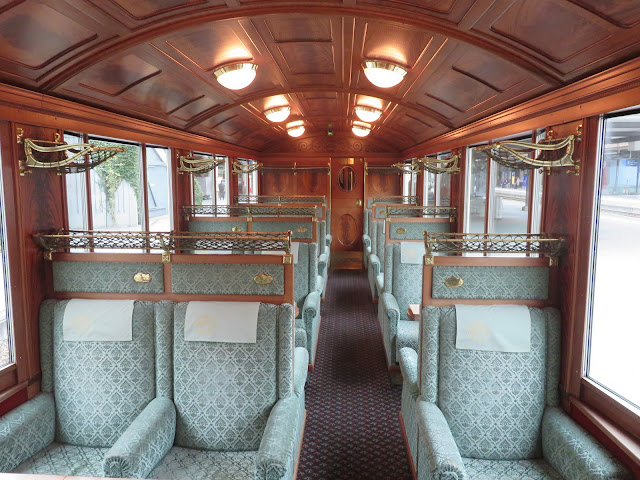 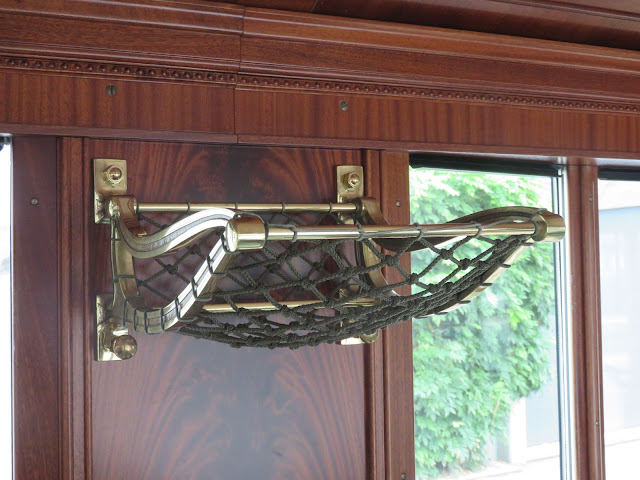 The first part is the steep climb up the side of the mountain away from Montreux.  All trains on this line have both pantographs up, unusual for an electric line.  With electrification at only 850V dc the locomotives must draw quite a current hauling these trains up steep gradients and I presume this is the reason for using both pantographs.  The SNCF used to do this on its high speed locomotive hauled trains out of Gare de Lyon for the same reason - to be able to draw enough current with a heavy load.

After the, by now, familiar climb up to Chamby we had the pleasant ride looking down steep heavily wooded hillsides. The agriculture is pastoral with cattle and some sheep.  There was a very boisterous calf jumping up and down beside its mother.. At Montbovon we had a meet with a train in the opposite direction.  It began to rain. There were several cats hunting in the fields.  One well fed one was standing guard by some mole hills looking for snacks. Horses and donkeys became evident as we approached Gstaad.
There was a lengthy wait in the schedule at Gstaad and I debated the possibilities of taking a Post Bus from here to Diablerets and back to Aigle at a later time..

We arrived in a miserable Zweisimmen in the rain and caught a BLS multiple unit to Spiez and on to Thun.  We had looked at taking a steamer in the rain from Thun to Spiez but there would have been a lengthy wait and we would miss the opportunity to eat so we decided to search out a restaurant. We found a place that had a good special (salad and pizza).
We liked Thun very much in spite of the poor weather.  It has a very German feel.  The waitress only spoke German and English and the SBB railway makes announcements at stations and on trains in German and English only.  The river Aare runs through town and great efforts have been made to beautify it. The buildings and streets are interesting and well worth a visit. 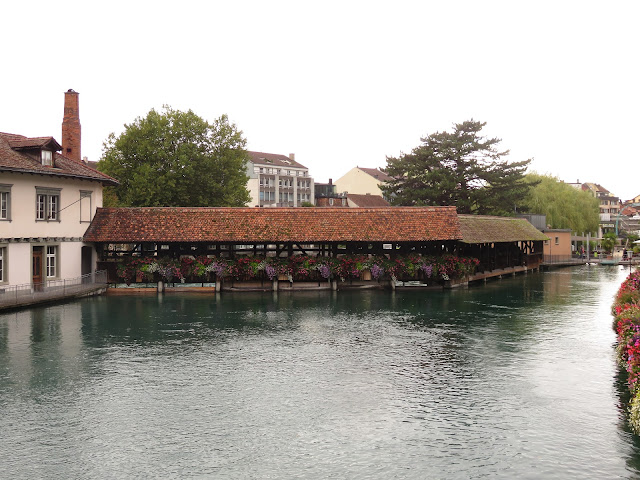 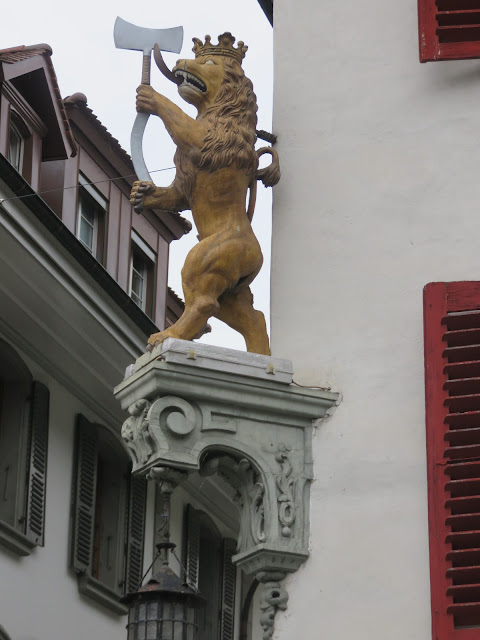 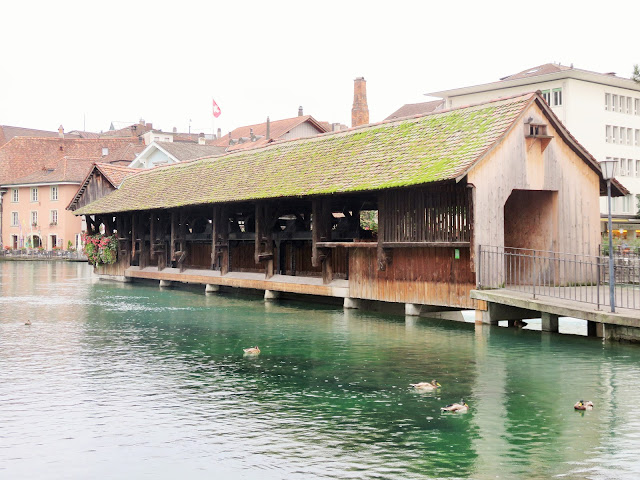 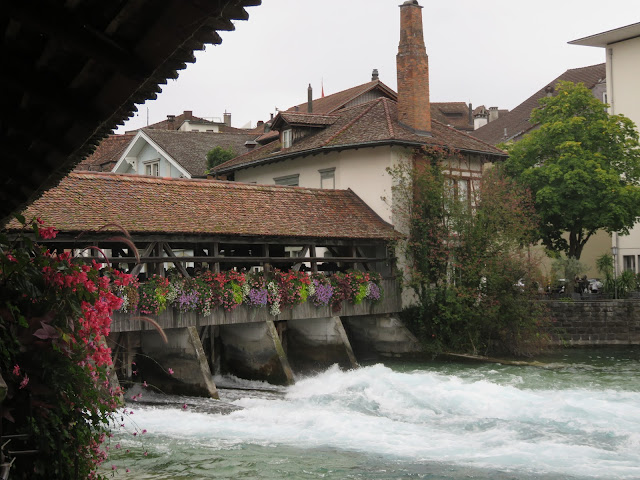 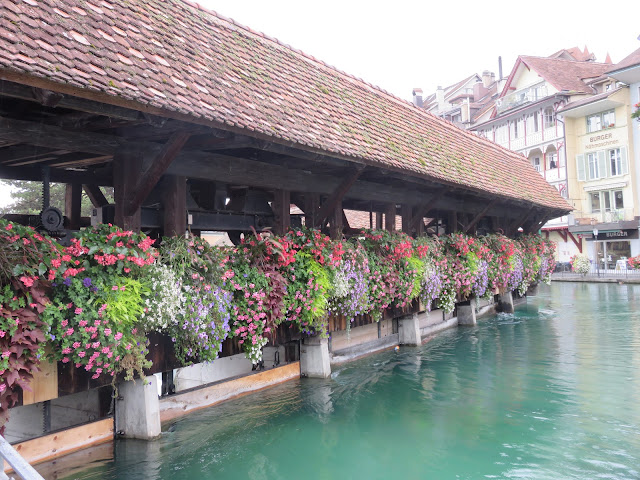 We decided to come back the quick way which was via Visp.  Both legs were in comfortable trains on fairly high speed (160 kmph) lines. We left Thun in the drizzle but entered the Rhone Valley from the long Lotschberg tunnel in bright sunlight.  The sun, with some clouds, has stayed with us for the rest of the day.There are extensive vineyards around Sion, which change to fruit growing around Martigny and back to vineyards near Aigle.  Passing the Chateau de Chillon on the run into Montreux we noticed that the scaffolding had been taken down.  Must go out and get some pictures.
Posted by Colin Churcher at 9:22 AM