We caught the same train today as yesterday but this time we had to ensure we were in the rear two coaches as we were going through to Tywyn on the Cambrian Coast.  It was sunny and cloudy in turn and the ride was very good.  These trains are significantly faster than the old steam trains.  We went through Abermule, scene of the famous head-on collision on the single line where the two drivers fought for possession of the train staff and then down Talerddig Bank which caused such grief in steam days.

At Machynlleth the train was divided, the first part going to Aberystwyth and the second to Pwllheli.  I spoke to the driver of our section who had worked the Paddington suburban services before moving to here where he was also a driver on steam on the Ffestiniog Railway.  Uncoupling is such a simple procedure now as it can be done completely from the cab.  No getting in between and uncoupling hoses now.

At Tywyn there were no signs on the station showing the way to the Talyllyn Railway station.  However, it was easy to find as we passed the Wharf station on the run in but one would have thought that Arriva Trains Wales would have thought to have put up signs to one of the major tourist attractions on the Cambrian Coast. My first visit was on Thursday 22 September 1961 and I wrote about it in my diary:
http://www.railways.incanada.net/Diary/Diary_1961-09.html
At that time the trains were running only as far as Abergynolwyn.
I also came here with Paul several years later
https://www.flickr.com/photos/colinchurcher/sets/72157607328437422

Today the train and platform staff were all well dressed and identified by TR blazers with collar and tie.  The track crews all used high visibility clothing and EVERYONE smiled and waved at the train.  They made quite an impression.

We were hauled by Edward Thomas, one of the locomotives obtained by the preservation society from the Corris Railway and a real gem. Talyllyn. one of the Talyllyn original locomotives was also running.  Duncan, no. 6, was the third engine in steam - it has a face similar to Thomas the Tank and I would have been bitterly disappointed if it had been our train engine, The line climbs steadily up a wide valley which is given over mainly to sheep.  There are patches of woodland and the bluebells were in their prime. As we climbed higher the grass gave way in places to bracken which was well advanced here.  Several fields of sheep were festooned with many patches of wool, both on the ground and also caught on the wire fences. 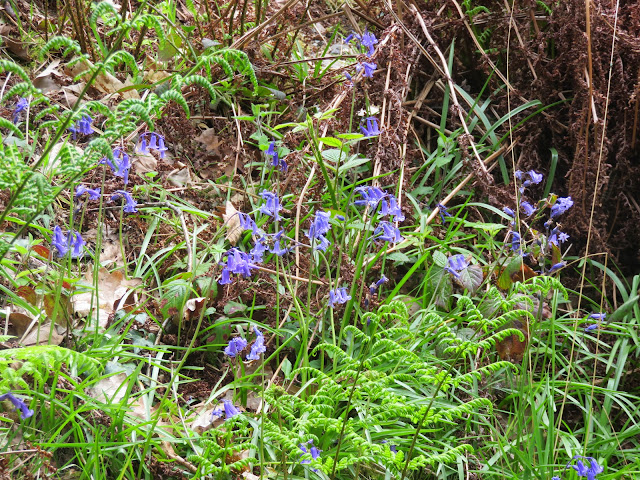 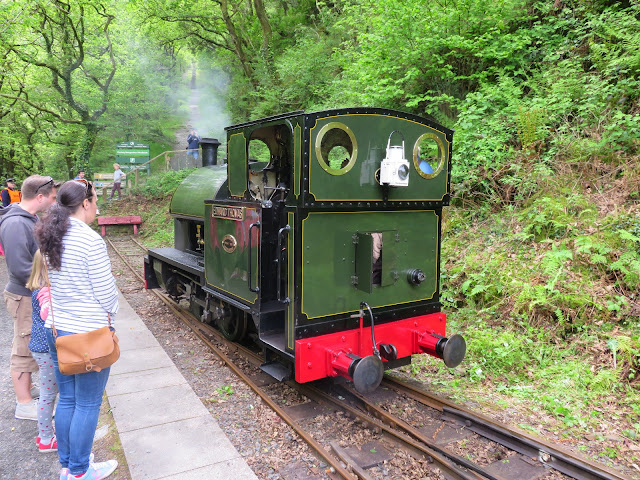 We rode the extension up to Nant Gwernol, opened in 1976, and returned to Abergynolwyn where there was a 30 minute break to visit the refreshment room. We rode back to Tywyn in an open car which was air conditioned!  We passed several work crews, some with a few kids who must have been less that 10 years old.  They all had high visibility clothing and they all smiled and waved. As we approached Tywyn it began to rain.
The narrow gauge museum is well worth a visit.  It is in two storeys with a wide staircase in the centre.  The high walls are used to good effect.  We took a quick walk through the town which seems to have a large number of churches, even the railway station has been converted into one, and a correspondingly small number of pubs.  The train back brought us to Shrewsbury on time. Just after Dovey Junction we caught a glimpse of an osprey's nest with possibly a bird in it - maybe we will get a better view tomorrow when we go to Aberystwyth.

Click here to see all pictures taken this day
Posted by Colin Churcher at 11:33 AM