Getting there was more half the fun.
The Bryn Melyn bus was a small one but was plenty big enough for the small number of passengers. It went through a lot of small villages including Kinnerley, Ruyton XI Towns and Knockin where the Knockin Shop is now a post office and convenience store. We also went over a Puffin Crossing. There were many side trips, including two three point turns, and quite often we were headed back towards Shrewsbury for a few miles. At one point the road was blocked by a farm vehicle and we were forced to back up for half a mile and go a different route down very narrow country lanes. The driver didn't know the way but a local took charge and guided him.  He shouted out "We're going to Aberystwyth."

Oswestry does not do justice to the guide books. It is totally without charm.  The embryonic railway might be interesting in a few years time. There is a pedestrian area with an outdoor and an indoor market but there was not much of interest. There seems to be a big market for dog treats. The Castle Mound was opened to the public in 1890 and doesn't appear to have been touched since. 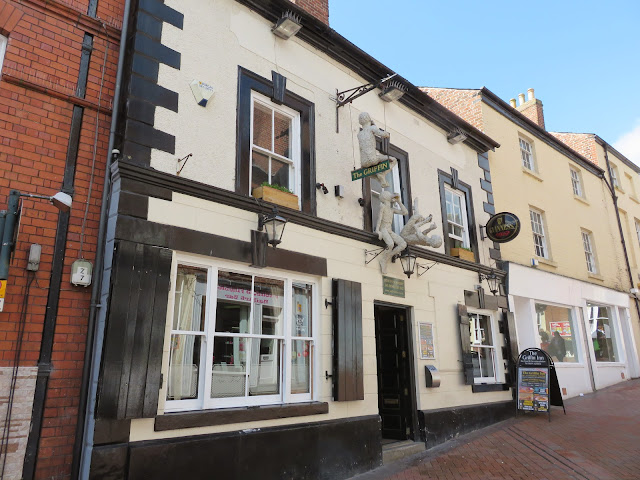 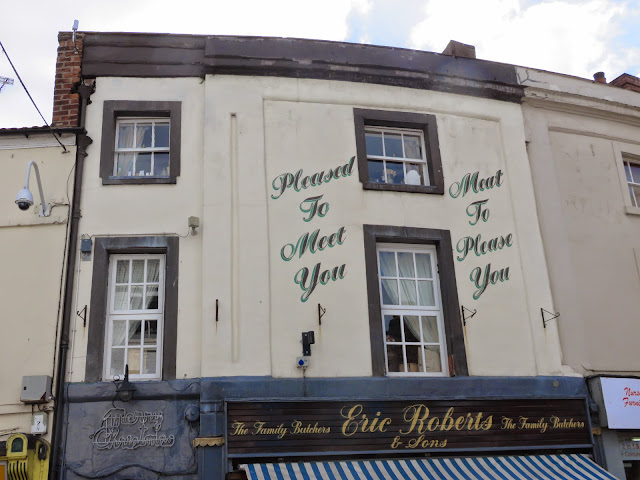 After a good lunch at the Red Lion we decided that the journey was more pleasant than the destination and made an early escape back. Before getting on the bus I made a final error, I went into a pub across a street from the bus station and asked for a half of dark mild without realizing it was from a tap and not a pump  It came very cold and I was unable to finish it.

At Shrewsbury where things were completely different. There were a lot of people enjoying the sun and the place had a happy atmosphere.  In the Market Square there were some Morris dancers close to the summer fair.  Some alpacas had been brought in by a company selling alpaca garments and a lady was demonstrating spinning alpaca wool. 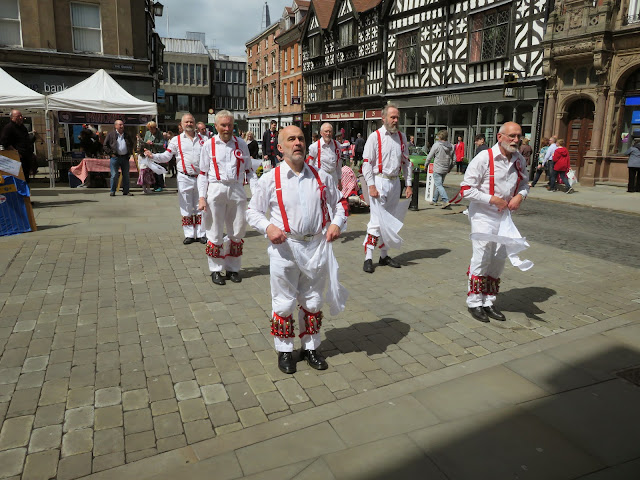 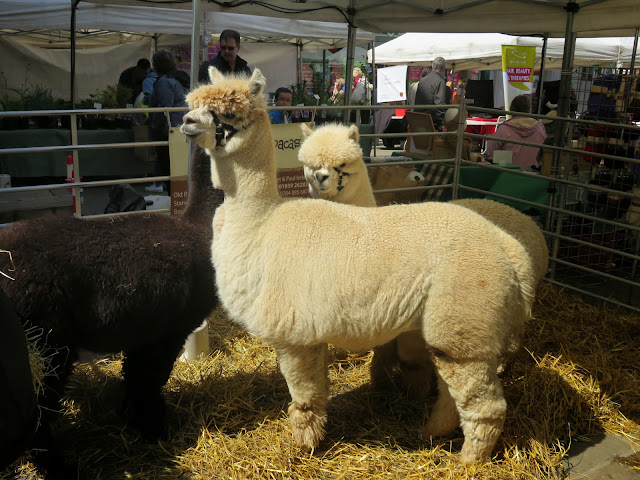 Shrewsbury has a completely different feel compared to dour Oswestry.   The people seemed happier and there seems more money available not only to spend but which has been spent on improving public places.

We had a very sociable time in the Three Fishes with three people who were staying at the Prince Rupert with a coach party looking at historic sites and gardens in Shropshire.  One of the ladies came from Chistlehurst which I knew well on my journeys to and from school.
Posted by Colin Churcher at 5:58 AM