The Quarry gardens are a fine sight at present.  The rhododendrons are mostly in full bloom although there are still some that haven't come out yet.  There are new flowering plants and trees in bloom.  It is different from last week and will be different again in a few days time. 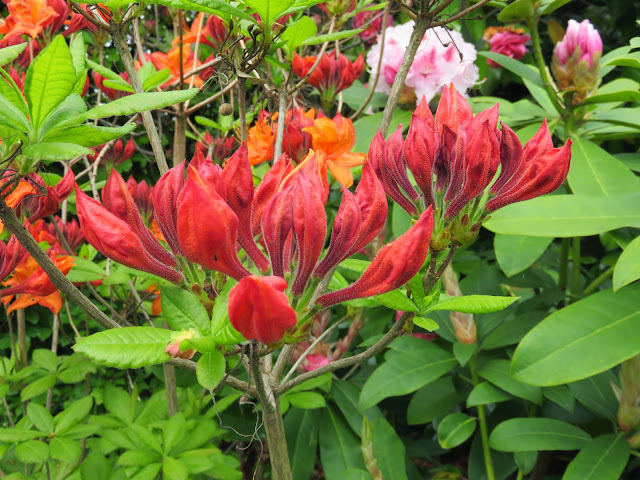 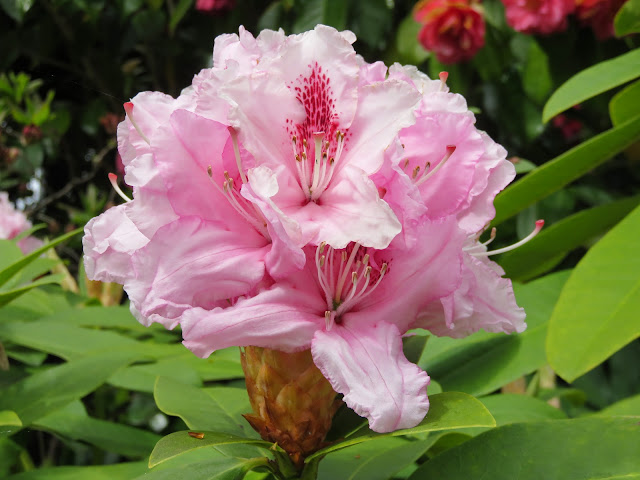 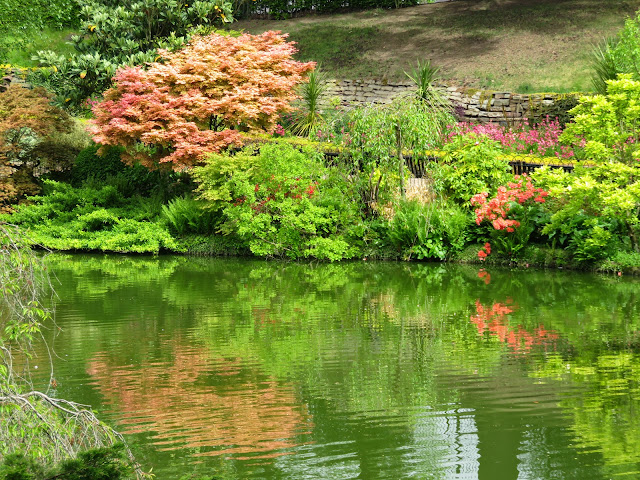 We went for a long walk along the banks of the Severn and we could have been miles away in the country.  It was very quiet and peaceful apart from the odd Canada goose which made a lot of noise when a dog approached too close. We were confronted by a few cattle but they seemed to understand "Bugger off" well enough. 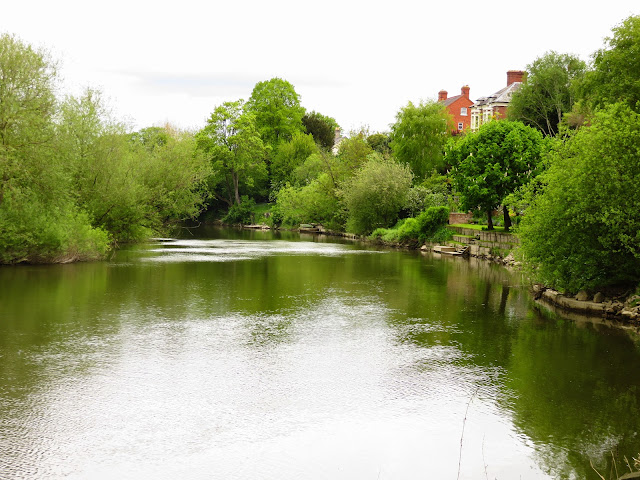 We had a quick drink at the Boathouse and then went to the Buttermarket to hear a performance of a Wurlitzer theatre organ.  There are very few of these left now and this one was rescued from Chatham.  It was played by Phil Kelsall MBE who is organist at the Blackpool Tower.  Starting with "I do like to be beside the seaside", he demonstrated the full range of the instrument by playing a number of medleys. He was quite a sight in his blue suit, and blue shoes showing off his blue patterned socks. The Buttermarket has now been converted into a disco and it smelt strongly of bleach, possibly to disguise the smell of booze, drugs and possibly vomit.  A white haired lady sitting in front of us looked as if she had hair with pink tints - then I realized this was the effect of the disco lights. The audience was not the disco set, mostly older people who remembered the theatre organs.  It put me in mind of a Darby and Joan club meeting and the BBC radio programs with Reginald Dixon from the organ at the Blackpool Tower. 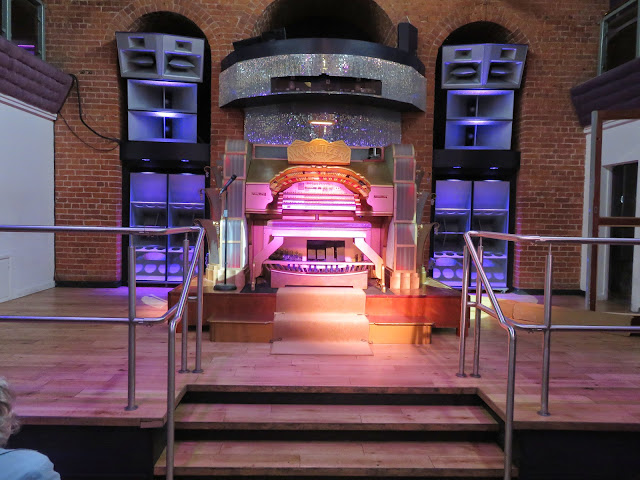 We had a quick drink at the Three Fishes and met up with Harry, a veteran of the Korean war who flew Meteors.  In the conversation he mentioned the Coach and Horses pub which is just behind the apartment.

Dinner was at the Loch Fyne.  Not bad but not exceptional. After dinner we checked out the Coach and Horses which is a good local pub which has a large restaurant.
Posted by Colin Churcher at 1:12 PM