The train carried us to Abergavenny and my old school friend, John Palmer, was waiting for us.  John had the day very well planned out. We went first to the old Tythe Barn which is now an excellent tourist centre. We discussed the day over coffee then went upstairs to admire an excellent tapestry which gives a wide view of Abergavenny. 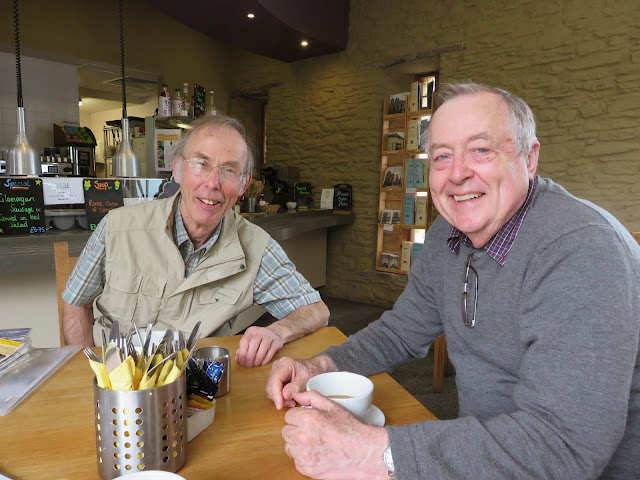 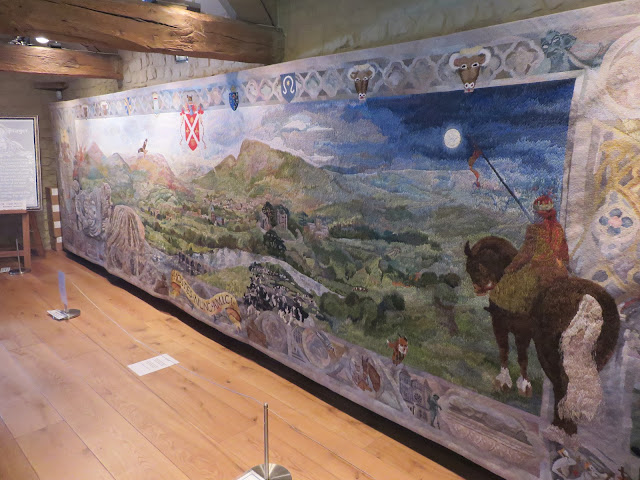 John gave us a quick tour of Abergavenny starting with St. Mary's Priory which is nicely restored and has some beautifully carved marble medieval tombs. 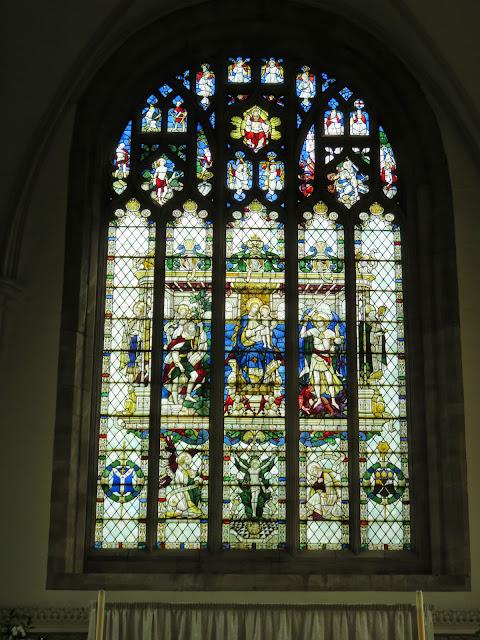 Part of the centre was torn down in the town planning of the 1950s but much has survived and there are now some lively, well frequented pedestrian precincts. There is a very pleasant walk alongside the river Usk and John pointed out several stands of trees, especially horse chestnuts, he has been responsible for planting. The rhododendrons and azaleas in the well tended municipal gardens were at their peak. 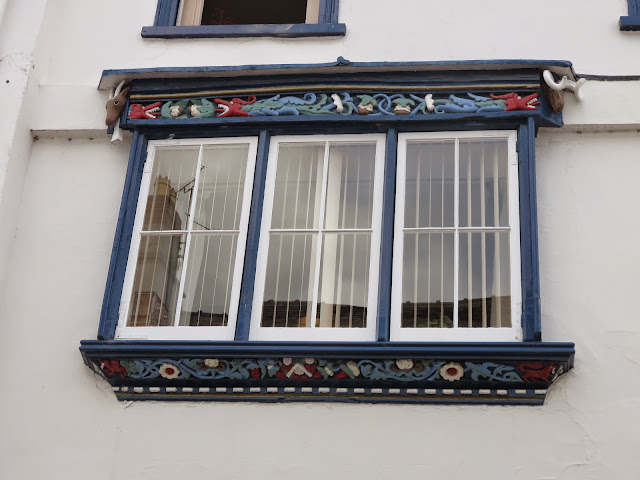 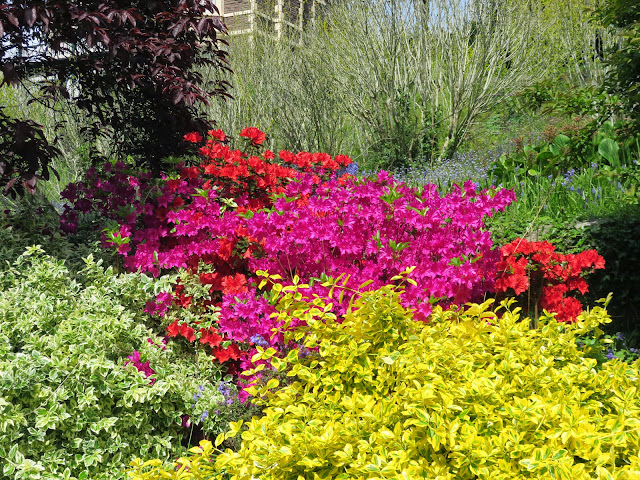 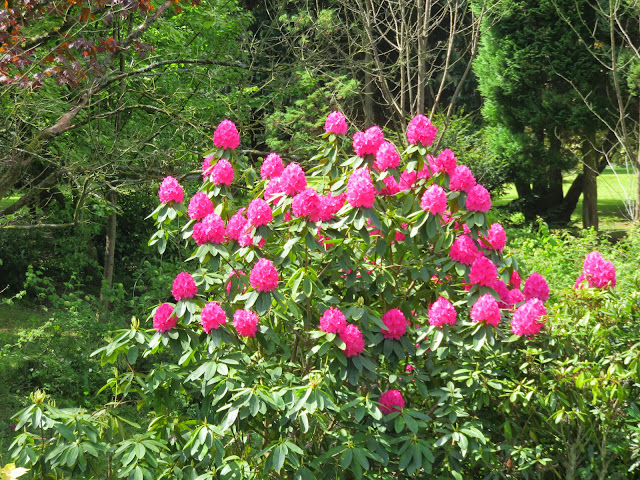 We then took a drive to a point at the bottom of Sugarloaf and after a picnic lunch set off to climb up. The bracken was only just beginning to shoot but the sheep were able to find plenty to eat. We heard a cuckoo in St. Anne's wooded valley and I thought we heard a skylark although we could not see it - shades of Ralph Vaughan Williams.  The sun was shining brightly and the air currents must have been good as the parasailors were using the thermals to good effect.
The final part of the climb was pretty stiff but the views from the summit were worthwhile - Severn estuary, Cotswolds, Malvern Hills, Brecon Beacons, Blaenavon.

On the way back to the station we stopped in at a vineyard and tasted three whites and a rosé. All were good but my favourite was a slightly sweet white. 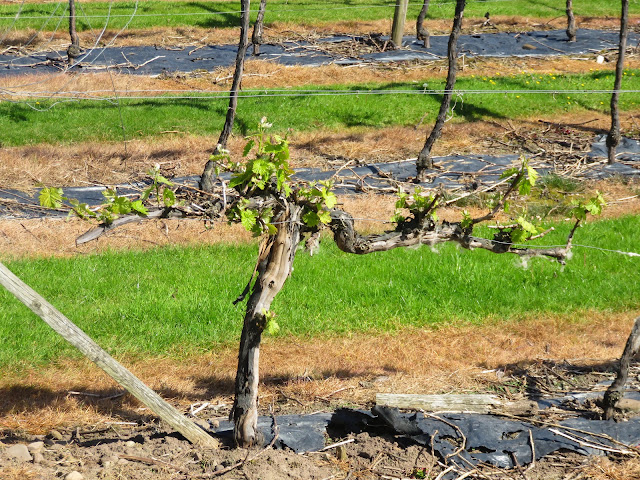 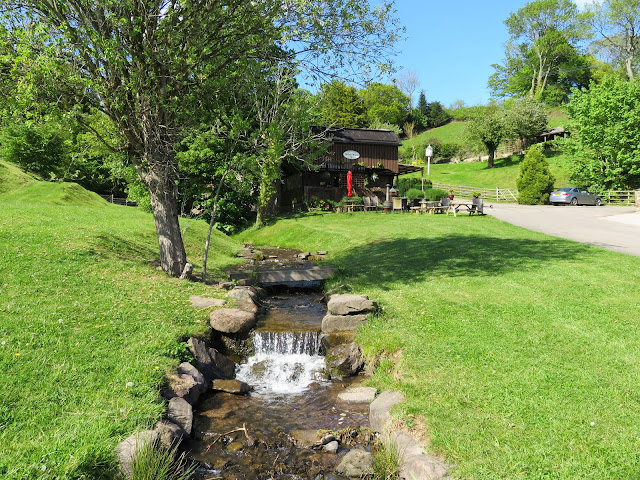 The train back stopped only at Hereford and we were treated to a ride through beautiful rural England.

Click here to see all pictures taken at Abergavenny
Posted by Colin Churcher at 8:58 AM