Laverbread is a form of seaweed which is boiled for several hours then ground into a gelatinous mass and then put in cans with a pull off lid.
I then mixed in some wheat bran, the recipe said to use oatmeal but I didn't have any, coated it with wheat bran and then cooked it in some back bacon fat. 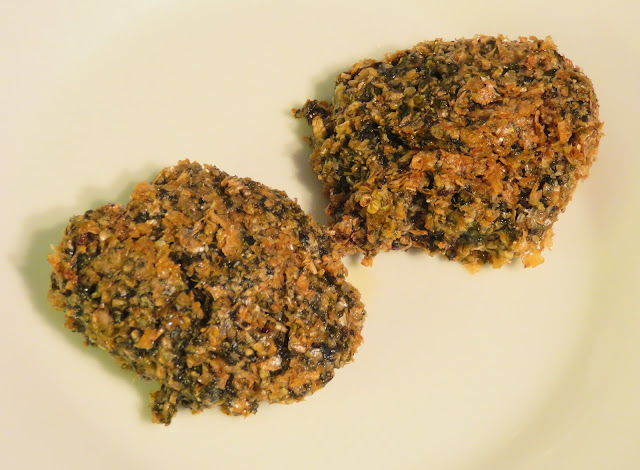 It was pretty good with back bacon, eggs and hash browns.  Of course it tasted like seaweed, similar to oysters.
We took a walk into the castle grounds where a large group of parents and young kids were having a Teddy Bears' Picnic. 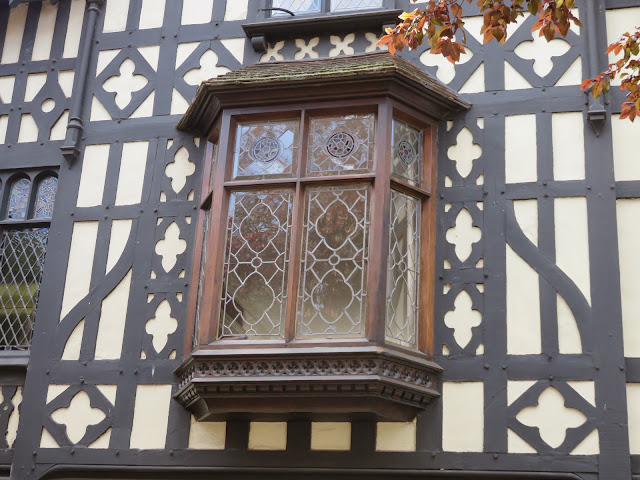 On our way to St. Chads we called in at the Three Fishes which had a Three Tuns Clerics Cure, a good India Pale Ale.  We got into conversation with a Geordie who had travelled the world in the navy but was now living in Shrewsbury.

The acoustics in St. Chads with its unusual round shape are excellent.  The Shropshire nonette  consisted of a flute, oboe, bassoon, clarinet, horn, violin, viola, cello and double bass.  The playing was good and the performance was well received. Very little music has been scored for a nonette so this was quite unusual.  The oboe was a little harsh at times and the viola was occasionally lost but in the main it was an excellent performance.

Sister Act was a musical put on by the Shrewsbury Amateur Operatic Society at the Theatre Severn.  The performance was sold out but we managed to get two seats in the last row of the second balcony.  It was a lot of fun and was well appreciated by the audience.  It tells the story of a singer in Philadelphia who witnesses a murder and it placed in witness protection in a nunnery which is on the verge of being sold.  The nunnery choir is very poor but the singer teaches them to sing well and they become well known throughout the city.  It comes out alright in the end.  This is the description of the 1992 movie of the same name which was set in California
Posted by Colin Churcher at 1:33 AM