I went out this morning to find barriers along the main street in front of the apartment.  This was for the Shrewsbury Cycling Grand Prix.  We stopped into the Three Fishes to say goodbye to Danny, who wasn't there and then went to the start line at the Market Square. However the first couple of hours was family cycling. 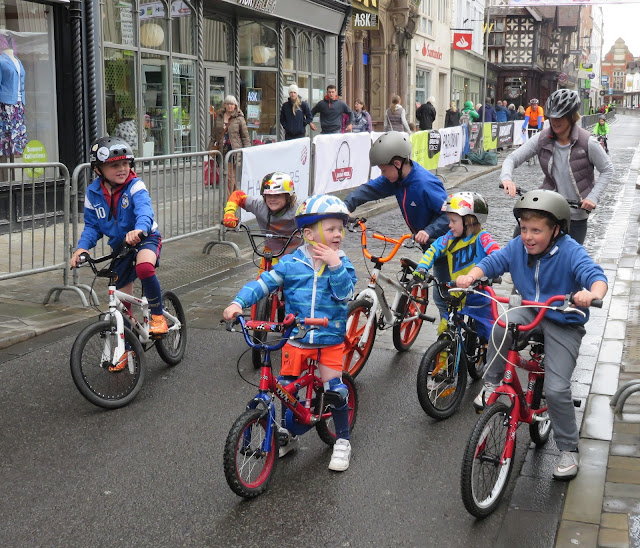 All was not lost as there was a beer tent set up by Woods Brewery of Winstanstow which we went through on the bus to Craven Arms.  Their Grand Prix beer was pretty good. 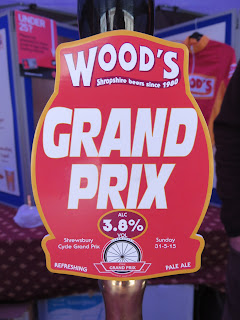 We had a reservation at the Coach and Horses for lunch at 1500.  No problem as the Coach and Horses is just around the corner.  The racing proper was due to start at 1500 but we and the pub were both on the inside of the track.  Easier said than done.  We tried three different ways of approach and managed to get to a location right across from the pub entrance but the race was about to start.
The stewards then let across and into the pub.  The carvery was excellent once again, we both had pork with lots of vegetables and trimmings. We came out during a lull in the racing and went down to the Dingle which was as good as ever. 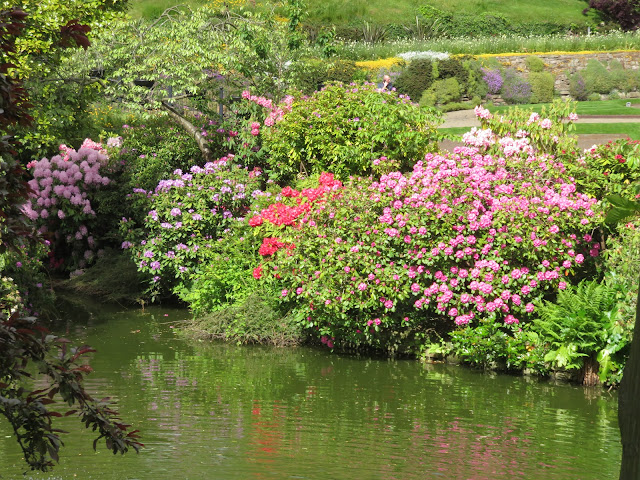 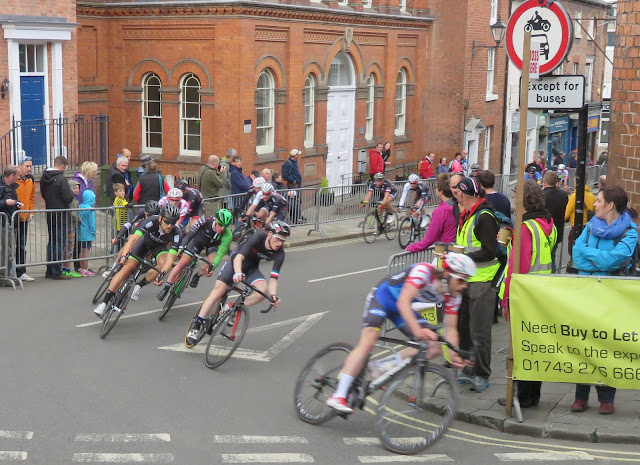 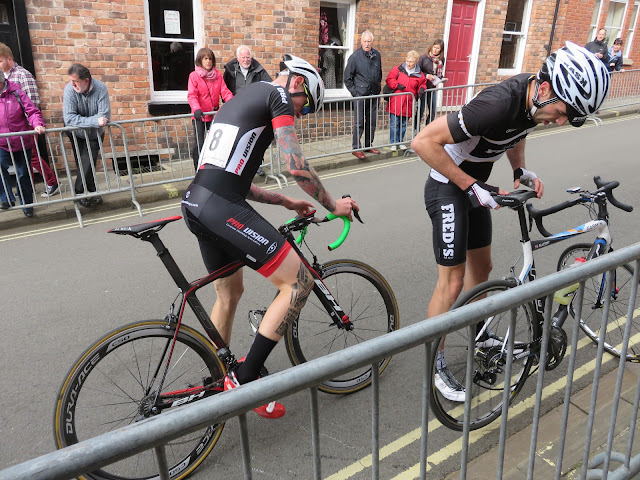 We came back to watch the main professional race.  The 800 metre course had some sharp curves as well as a hill while the road surfaces were varied  - asphalt but also bricks, and several sizes of cobbles.  Two riders crashed on a curve just where I was standing.  They both had to retire, one of them burst a tire.  In all about half the competitors withdrew before the end of the race which lasted just over an hour.
Rain has threatened all day - there was a full rainbow just before sunset.
Posted by Colin Churcher at 5:50 AM