The weather forecast was for no rain today but it was raining lightly as we left for the bus station. By the time we had reached the bus station there was hot sun. This is more like April. We went to Ellesmere with our sweaters and rain gear and of course it was sunny all day.  Our route took us through Preston Gubbals, Myddle, Cockshutt and Hidden Dip. The well manicured hedges were beginning to leaf out indicating that more work will be required later on in the year.

We made straight for the mere and walked around as far as possible as part of the water front is not public property. The spring flowers were out and the water birds were very active.  Several families of ducks had nine small ducklings each.  The coots were quite aggressive at times.  We just ambled along enjoying the sights in the woodland accompanied by many different bird songs, particularly blackbirds. 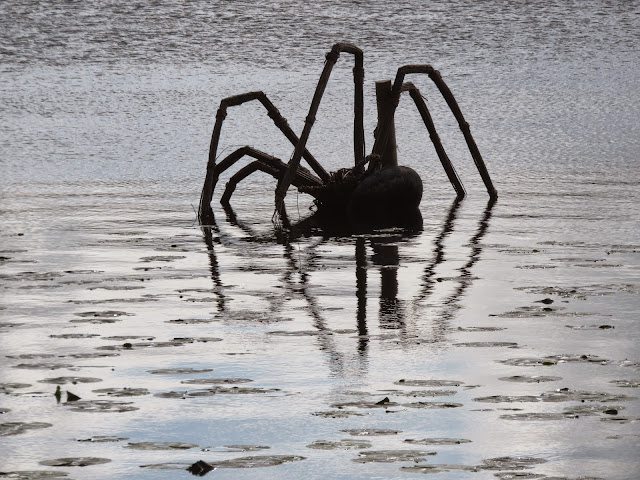 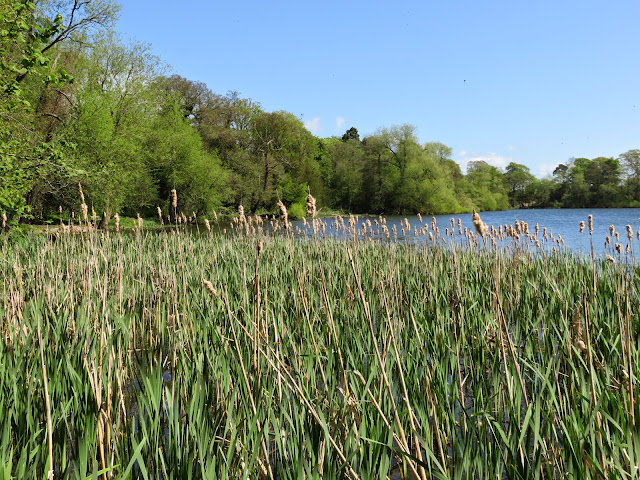 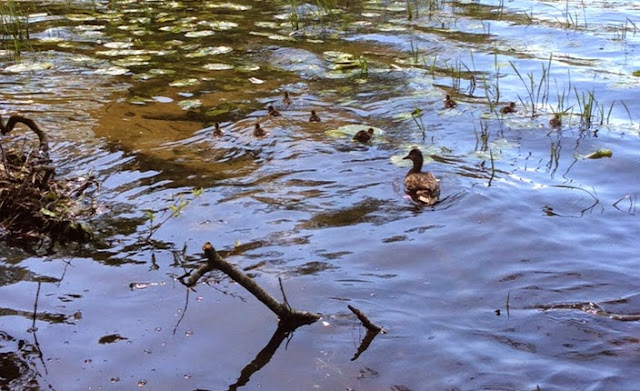 We turned back and walked along to the restaurant for lunch.  The room is bright and sunny and we had a good meal after which we undertook a more strenuous walk that took us through a couple of fields and then into a wood before coming up to the canal.
The last part of this walk, along the towpath, was quite easy.

There is a pleasant space around the canal basin and we sat and enjoyed the sun before walking back into the town to catch the bus back to Shrewsbury.  Mary was excited by a Sauvignin Blanc she had at lunch which turned out to be from Tanners the wine merchant on Wyle Cop.  We made a quick visit to pick up a bottle then came back through the Quarry park.  Sitting on a bench we were visited by a pair of blackbirds, a pair of ducks, two wood pigeons and a robin.  The rhododendrons are coming out now.  Some are at their peak but others have yet to bloom.

Click here to see all pictures taken at Ellesmere
Posted by Colin Churcher at 12:22 AM