Tuesday 12 May - Chirk, Gobowen and Laverbread

Next time bring a flash light!

Today we took the train to Chirk where I was surprised to see that a new over bridge was almost completed which will give easier access for disabled passengers. 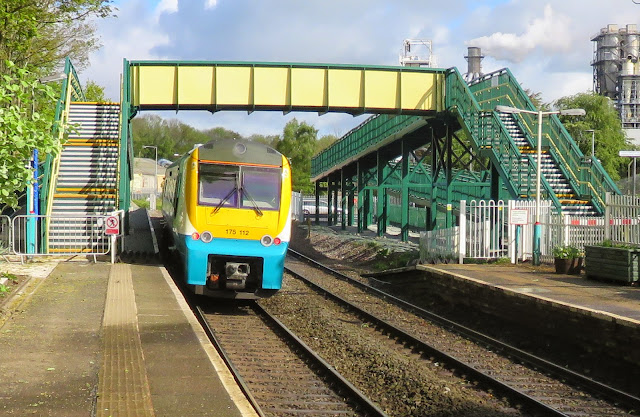 The group to re-establish the Glyn Valley tramway has started clearing the ground for the line and the bridge under the roadway adjacent to the down railway platform is now easily visible.  When it is in operation there should be a good cross-platform transfer with the national rail network.
Down at the canal basin close to the entrance to the tunnel there were several boats preparing to move through the tunnel after three opposing boats had cleared.  There is a towpath alongside the canal in the tunnel and we decided to walk through.  It is some 460 yards long and pitch dark although it is quite straight and there is a handrail.  The only light was from the small lamps on the boats.  Mary used her key ring flash light which helped a little.
At the other side of the tunnel we walked across the aqueduct ( it is 70-foot high and 710-foot long )adjacent to the railway viaduct.  It is amazing to think that the aqueduct was built in 1801 and the viaduct in the early 1860s.  The aqueduct marks the boundary between Wales and England. The walk along the towpath to the first over bridge was very pleasant and gave us an idea of how much earth had to be moved by hand under Telford's supervision. 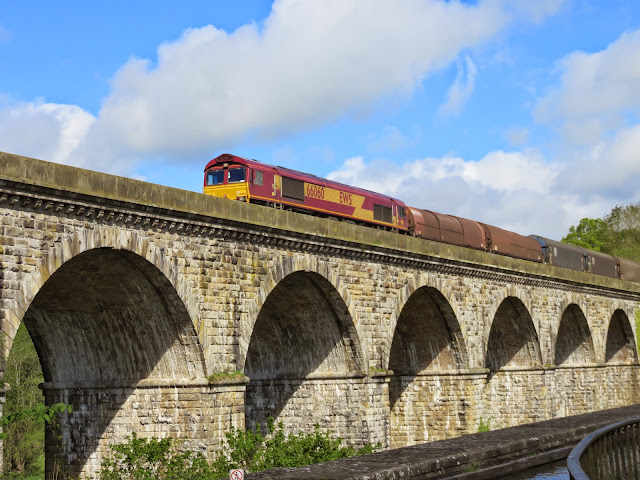 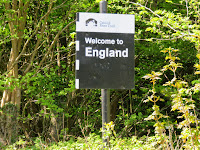 We came back across the aqueduct and found the wind quite strong.  This was probably more scary than the walk in the dark through the tunnel. 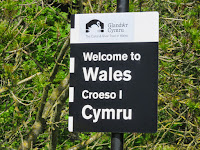 We had coffee in the Caffe Wylfa which was inundated by a coach party and then walked into Chirk proper.  In scouting out places for lunch we first looked at a pub menu in which every item included chips.  Very similar to the Monty Python Spam sketch.
"Does this have chips in it."
"Well, not much chips."

We eventually had a good lunch at the Hand Hotel - good service and items prepared to order.
The find of the day was a butcher which sold laverbread, a gelatinous type of seaweed pulp.  I haven't seen this for fifty years. 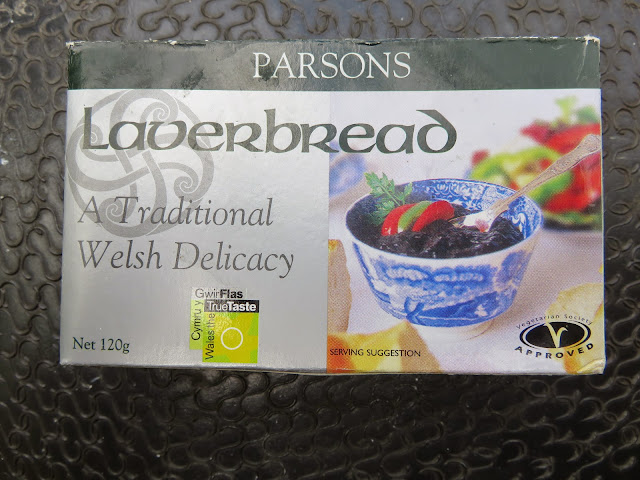 We broke our journey at Gobowen on the way back.  There was an hour between trains but it only took us ten minutes to see the place so we passed the time in a pub where I found a Banks Mild Ale.

This evening we ate Indian.  All in all a pretty successful day.

Click here to see all pictures taken at Chirk
Posted by Colin Churcher at 8:10 AM