Friday 8 May - Hilary and Yalena visit and Dirty Dusting

There was a freight train in the platform which resulted in Hilary's train from Newport being a couple of minutes late.
We had a leisurely lunch at The Armoury and because it was raining, decided to take the 45 minute river cruise.  We were the only people on the boat.  Back at the station the railway people were very good and came out to help Hilary on to the train.  However, as she was about to get on two blind people with guide dogs were getting out through the same door.  The dogs were all well behaved but there was mass confusion as the leads all became tangled up.  It was quite easy to sort things out but must have been very confusing for the blind people who could not see what was happening.

This evening we went to a performance of Dirty Dusting at the Theatre Severn  It concerned three ageing cleaning ladies who were about to lose their jobs and decided to go into the phone sex business.  It was hilarious and there were many slightly blue jokes that the audience loved. The audience was mainly the older crowd,  Some six old women were sitting together, all with canes which they carefully folded up and put away in their purses. 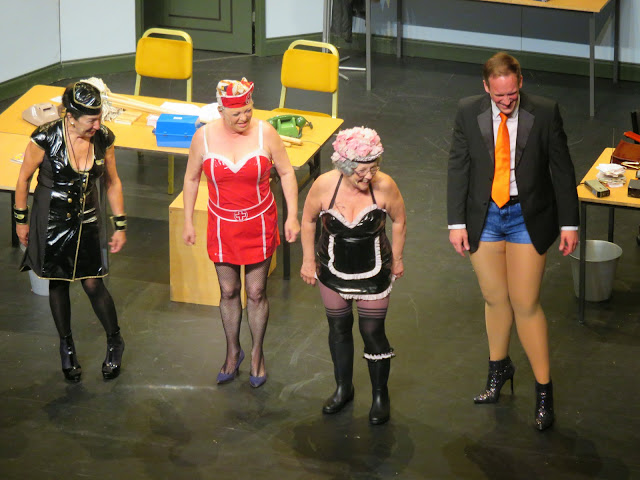 We had a drink at the Three Fishes on the way back.  I had only missed one day and there were four new beers on tap that I had not tried. Impossible to keep up.  We had a good chat with Danny, the barkeeper and a man who came in about a variety of subjects including the usefulness or otherwise of mayors. The term bouncer cannot be used now as it has derogatory implications. 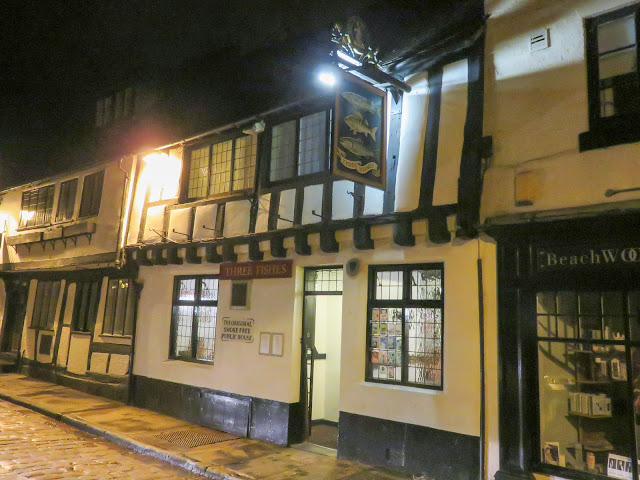 Posted by Colin Churcher at 1:37 AM