The show is held at the showgrounds on the banks of the Severn a short walk out of town.  We weren't sure what to expect but it was certainly a large event with something for just about everybody.

We first stopped in at the poultry show where the birds were being judged, chicken, turkey, water fowl etc.  Several cocks were crowing and the noise was pretty loud.  I asked one of the officials about the Orpington breed.  The Buff Orpington was on the crest of the Chistlehurst Road Primary School, now closed, which I attended. There were some Orpingtons at the show but also some Orpington ducks which I had never heard of before.

The dog show was, in effect, obedience testing.  From there we saw the horse and pony show and went on to look at the cattle and sheep.  Many of the sheep were quite docile but some were pretty difficult to control.  Two young boys were having difficulty leading a sheep.  At one point it had backed up against one boy who had to open his legs and was in effect straddling it.  A lady came along and grabbed it by the backside and soon sorted it out. There was an interesting relay race on horseback.  Each rider had to go round a course with jumps and obstacles then hand over the baton to the next rider.  The handover was quite difficult for some as the horses didn't always want to get too close to each other. 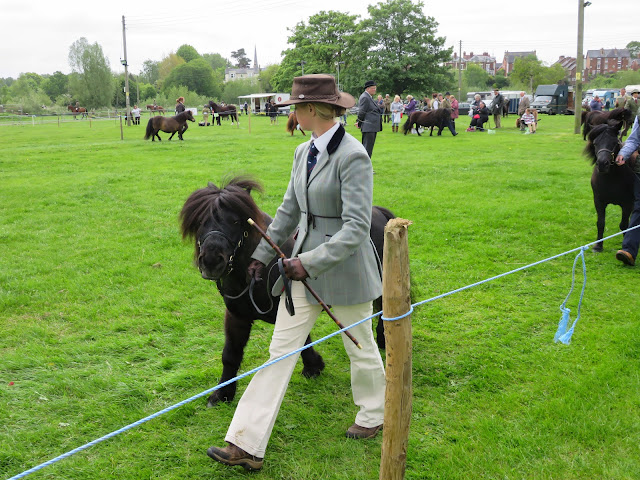 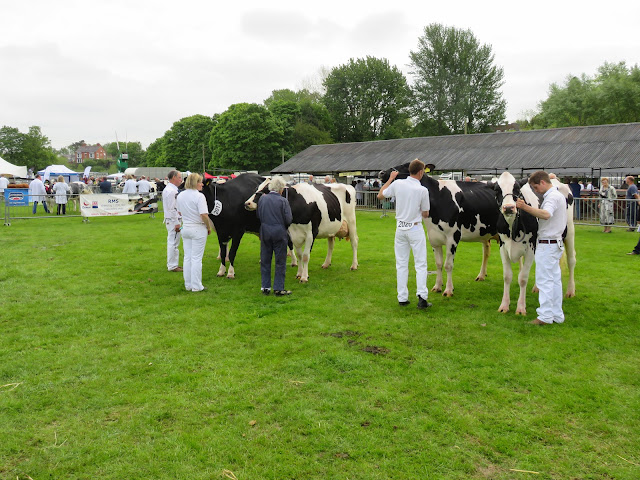 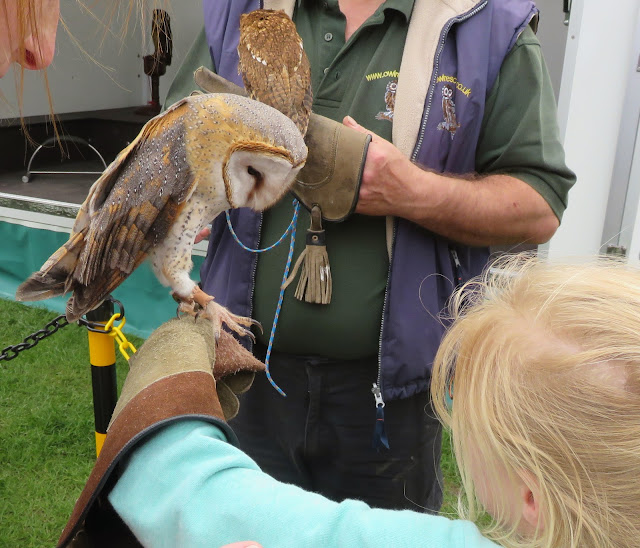 The tractor pull was completely different where a tractor was pitted against a weighted sled, to see how far it can get before the drag stops it. 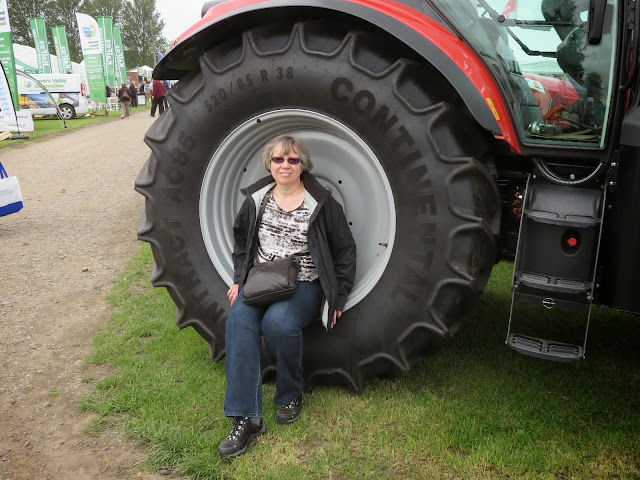 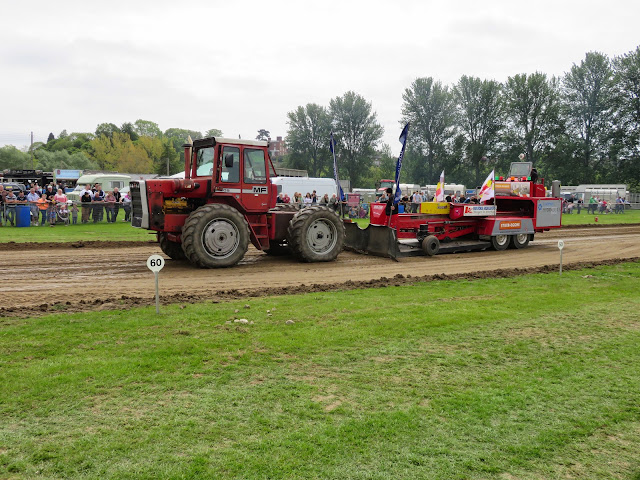 Lunch was healthy fish with Guinness/wine and we were then entertained by the Shrewsbury Male Voice Choir.  They were pretty good and sang in English and Welsh.  Part way through there was a Battle of Britain (!) fly-past of a Spitfire and a Hurricane. The announcer for the choir asked if the planes were coming back which they did.  He joked "I think it is one of ours", a phrase that was heard a lot during the war. This time people laughed but not so in the war. 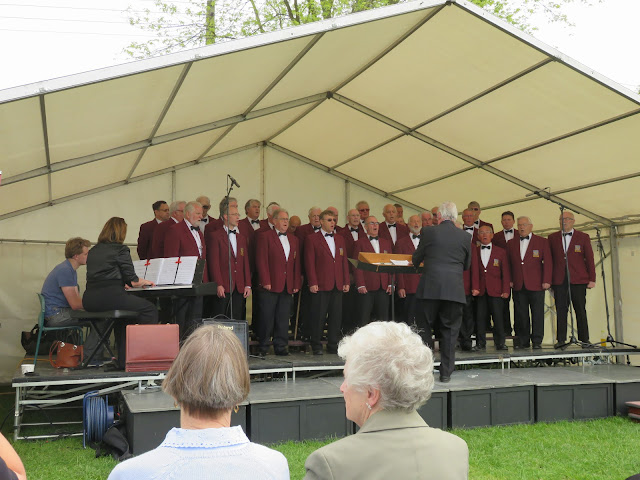 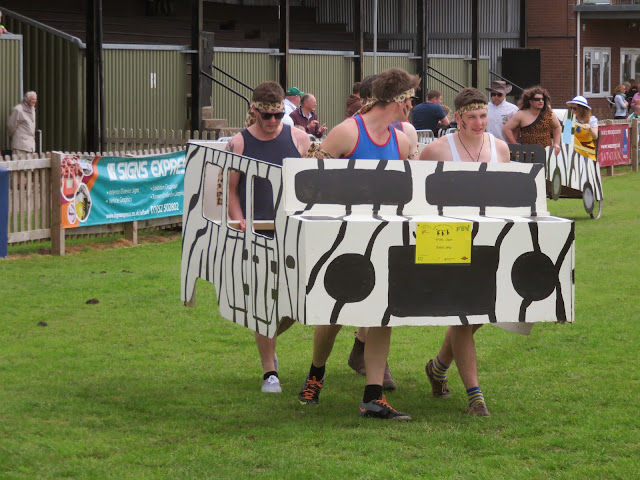 There were several competitions for the various local Young Farmers Clubs including one where a team of four ran round an obstacle course in a home made vehicle (from wood and cardboard).  This was billed as Jeep Races.

There was an extremely large area for kids with lots of different rides - all free once the admission price was paid.  The Police had a Panda car on display and the armed forces had a number of automatic weapons on show as a recruitment tool. The show was very well attended as the weather was good and it was evident that people had come in from all around.  The animals were going back home quite early, some of them would have to travel some time before getting back to their home turf.

All in all it was a great day which we thoroughly enjoyed, especially because  it was something completely new to us.  We walked back into town along by the river.  There were two cricket matches in progress on the other side of the river.  The players were in their whites and the afternoon calm was occasionally punctuated by a chorus of "'Owzat" (How's that?)

We met Charles Spencer and Roan for supper this evening.  We started at the Three Fishes and ate at the Armoury.
Posted by Colin Churcher at 9:40 AM