The bus to Ironbridge, Bryn Melyn Motors route 96, left a few minutes early and took us quickly to Ironbridge,  We passed through fields of bright yellow rape which were set out across the landscape in checkerboard fashion. The first thing to see is the iron bridge itself, the first metal bridge in the world, built in 1789. It is interesting in that it is done in the manner of a wooden structure with some mortice and tenon while some beams were secured with wedges, 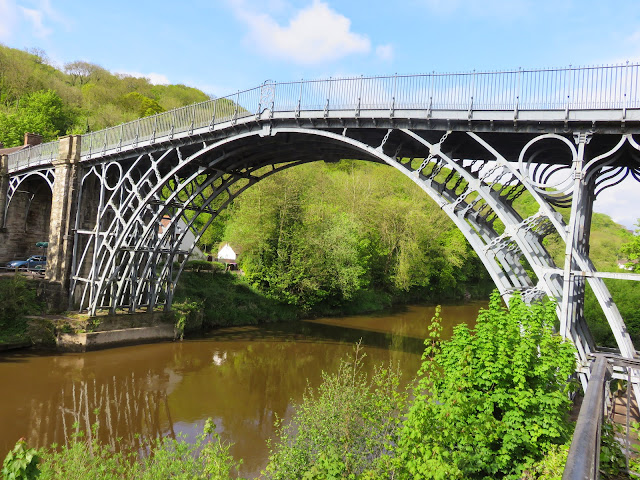 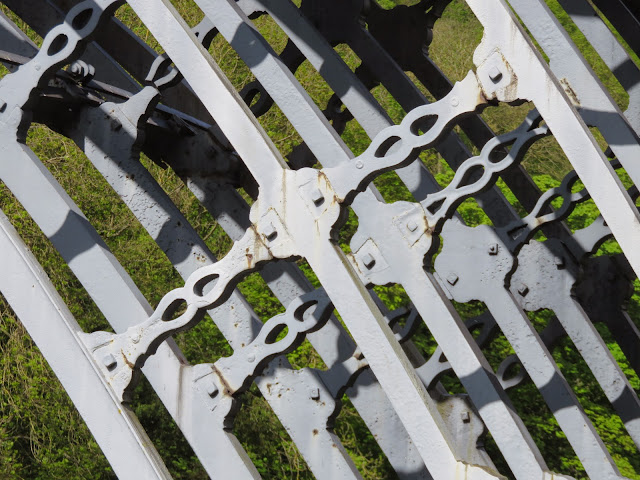 From the iron bridge we walked along the wharfage to the Museum of the Gorge.  Outside there are some remains of a waggon way with iron channels set in brick or tiles. The flangeless wheels run in the channels.  There are no switches, just open grooves through which the waggons had to be guided. 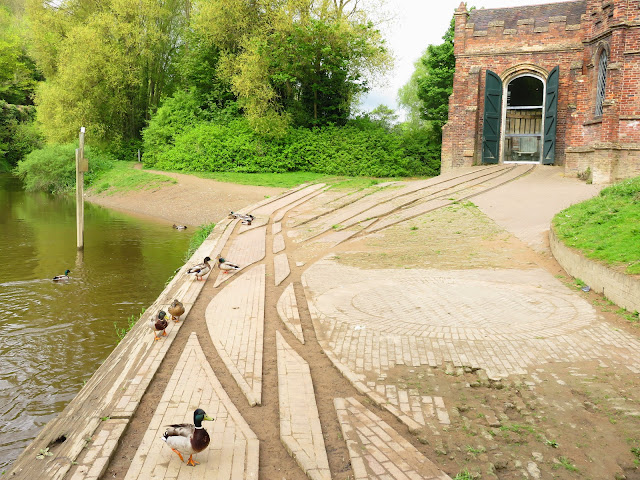 The next part of the walk was up a road and we eventually took a footpath up a steep hill, past a field of geese and goats to Holy Trinity church. The churchyard has several iron gravestones while many others are in rusty-colored sandstone.  There was a steep climb up through Dale Coppice.  We then encountered a common feature of the area - a feature is described in the brochures as if the structure was still standing.  However, when we came to it the entire area was covered in dense forest, not even the foundations could be seen and there was a small plaque with an artists impression of what the structure looked like. 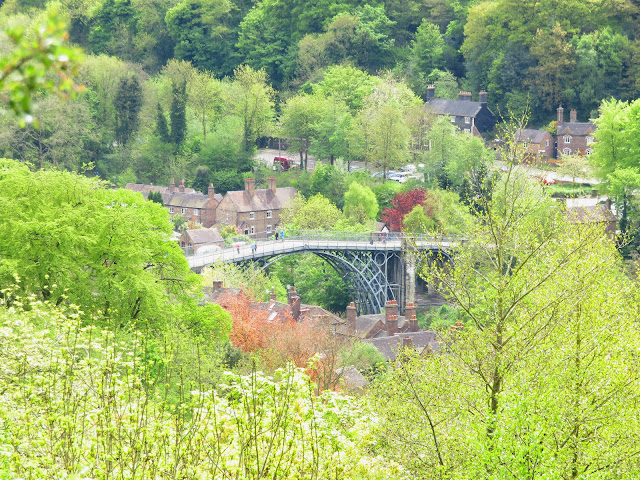 There was a striking view from the site of the rotunda on Lincoln Hill and then we returned to Ironbridge for a lunch of salad and beer/wine.  After lunch we took a walk on the other side of the river starting out along the old railway track.  Again we were taken through muddy forest without any tangible evidence of what was there in the first place.

We then learnt a little about pork pies from Ebeys, famous for their hand raised pies. It appears that the pies are raised from a very early age on a pork pie farm where they receive individual attention. They are allowed to grow until they reach the right size when they are stuffed into an oven and baked.  The little pies are made from a union of two adults, the male has the flaky pastry while the female bulges in the right places.  The firm also produces four-tiered wedding pies and smaller pies are wrapped in gauze as wedding favors.  There is much concern that placing an unsuspecting pie into an oven and keeping it there until baked is cruel and unusual punishment and many believe this inhumane practice should be banned. 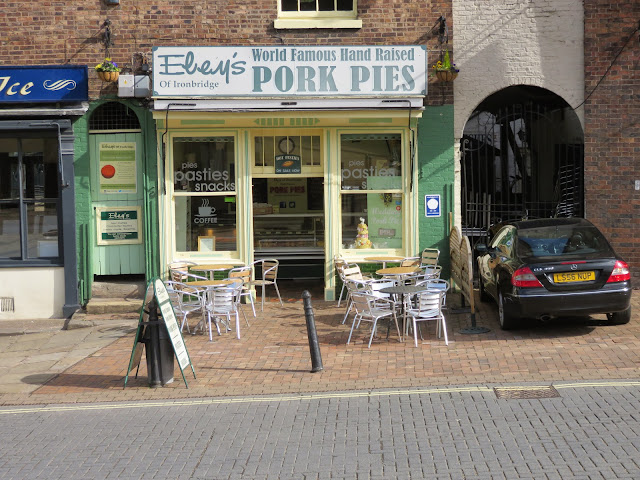 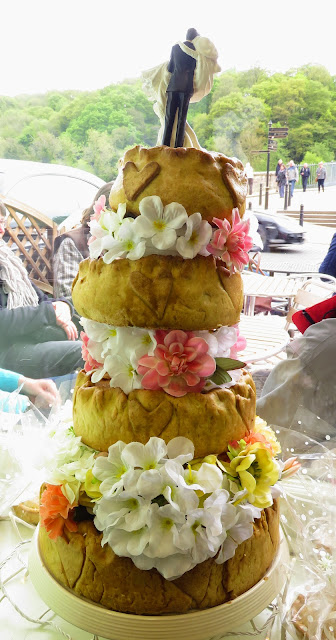 Bearing in mind this morning's performance we went to the bus stop early so as not to miss our return.  The bus finally turned up 35 minutes late.  We spoke to several locals and they all said not to worry those buses are always late.

Click here to see all pictures taken at Ironbridge
Posted by Colin Churcher at 11:56 AM