The forecast was favourable and we took the 1000 Bryn Melin bus to Ellesmere.  We left with a clear blue sky but by the time we had traversed Preston Gubbals and Myddle the clouds were threatening and there was a strong wind at Ellesmere.  There were only three of us in the bus and the driver apologized for having to stop two times because he was ahead of schedule.  Head office knows exactly where he is these days through the GPS tracking system.
"Don't worry, we'll be in Ellesmere on time but I will have to do 80 miles an hour." 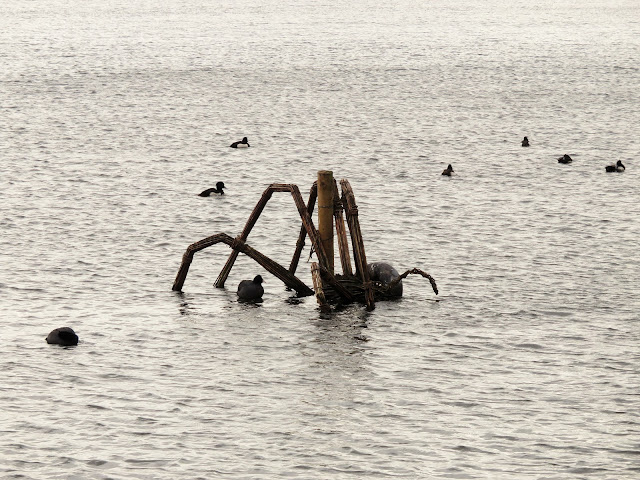 Coots with tufted ducks behind
The Mere is an enclosed system and presumably is not affected by high water on the nearby rivers.  The water was not appreciably higher that usual.  A few people were taking their dogs for a run.  One lady threw a stick which finished up in a holly bush.  The dog was going frantic trying to get it.  She said the dog would not come home without his stick and so she had to get into the holly and retrieve the stick.  That will teach her to be more careful where she throws sticks in future.

In addition to the usual grebes, mallards and geese there were large numbers of tufted ducks which were over wintering here.  The trees were also full of small birds including blue tits, great tits, nuthatches and woodpeckers.
We have always found the Boathouse on the Mere to be good for lunch.  It was up to its usual standard although it was good we went early because it quickly filled up.  It has Sauvignon Blanc from Tanners of Shrewsbury and Station Bitter from the Stonehouse Brewery in Oswestry, both favourites.

Walking along to the restaurant we were mobbed by a gaggle of geese looking for food. Mary only had to open her purse for a tissue and the noise was terrific.  Lunch we saw a man feeding the water birds proper food (seeds). 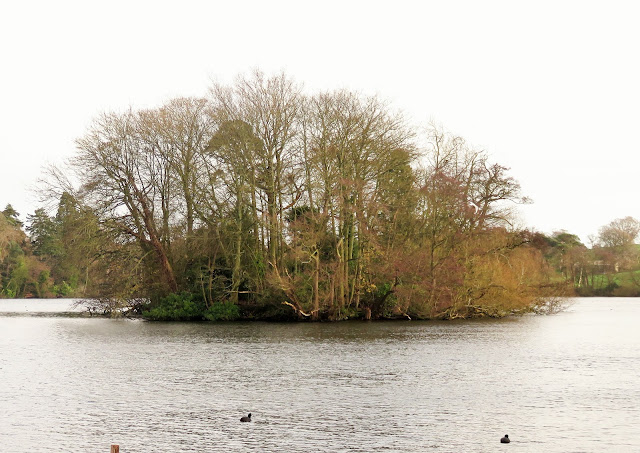 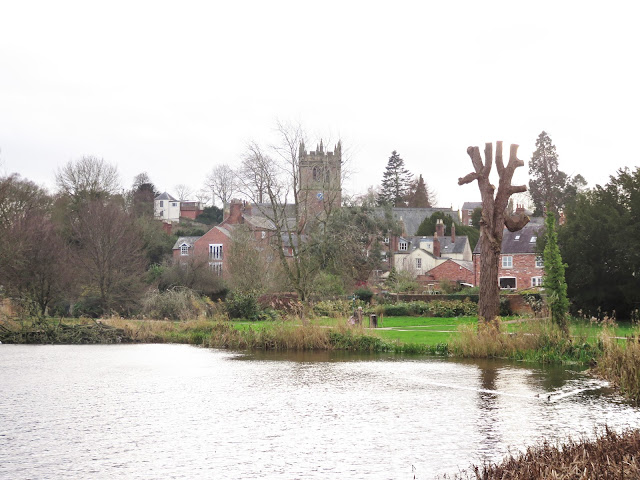 The weather had improved a little by the time we were ready to return to Shrewsbury.  There was just a handful on the bus back.
Click here to see pictures taken at Ellesmere in May 2015
Posted by Colin Churcher at 8:27 AM