Although it was Christmas Day the daily garbage came around as normal.  Trains were running into Saint-Lazare as normal although in England the railways shut down completely on Christmas and Boxing Days.

There were not many people around this morning except in the rue de Levis where all the bakeries and specialty food shops as well as florists and laundromats were open.

We walked down to the Grand Colbert on rue Vivien for our traditional Christmas lunch
Coupe de champagne
White wine for Mary/red wine for me
Half a dozen oysters
Flan of scallops and lobster with caviar/french onion soup
Plate of scallops/confit de canard
Christmas suggestion du chef - vanilla mousse with caramelized apple and shards of caramel/apple sorbet with calvados
The food was excellent and the service was exceptional. 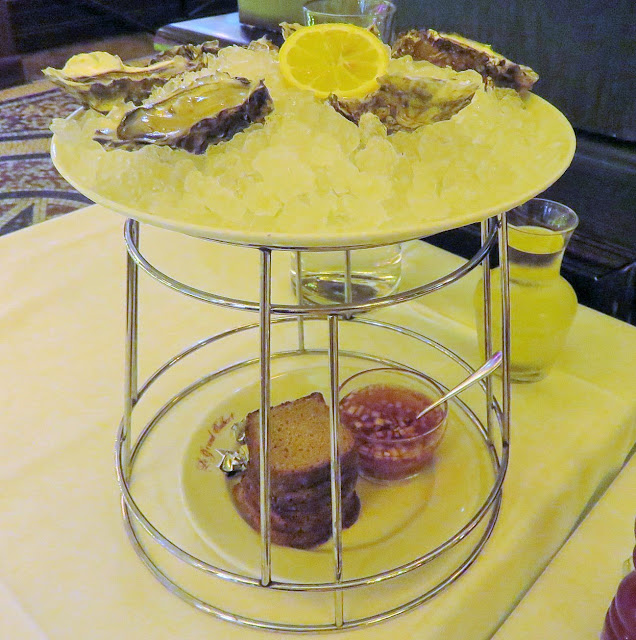 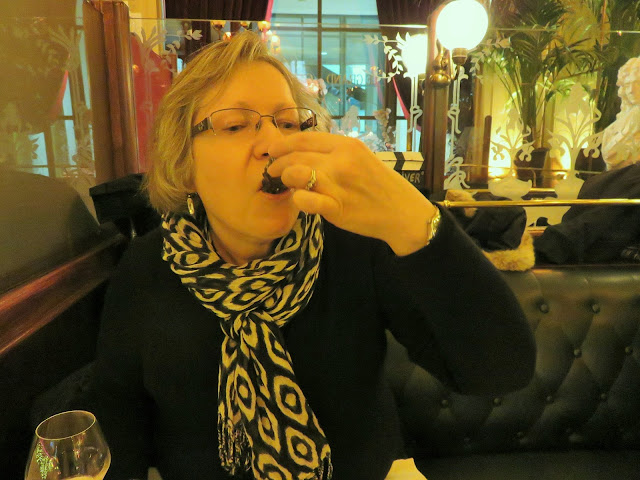 We had a little time after lunch before the concert at La Madeleine and we made good use of it to walk through the jardin du Palais Royal and then to view the shop window displays at Le Printemps and Galeries Lafayette on the boulevard Hausseman.  There were not too many people around so it was quite pleasant looking in the windows. 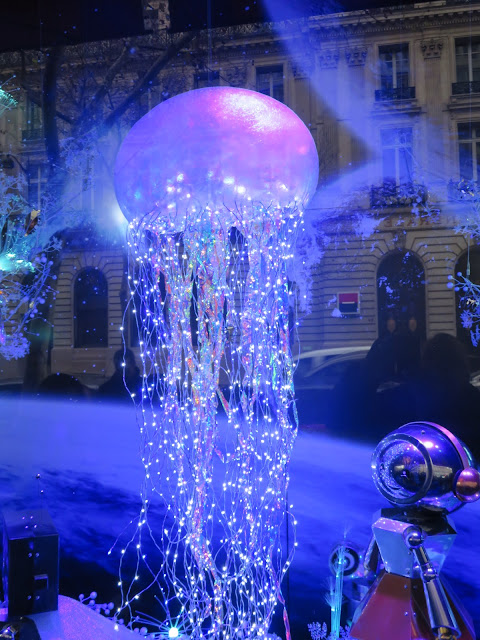 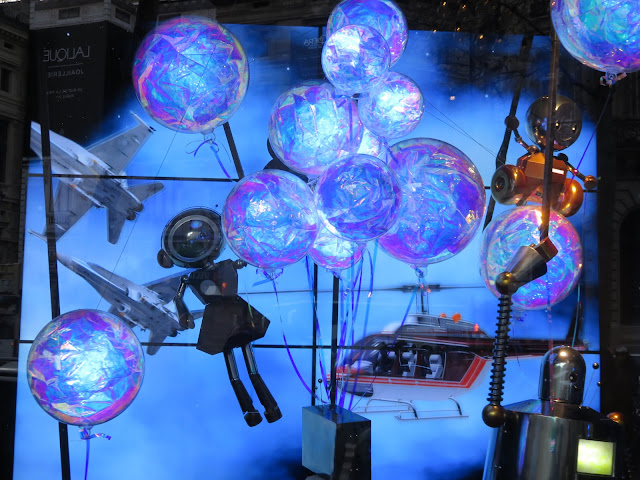 The organ concert in La Madeleine was an enormous disappointment which we had expected.  The introduction to each piece was much to long, almost as long as the piece played.  The first couple of pieces were tuneless, slimy music which the organist made worse by playing them much too loud. There was a piece from Handel's Royal Fireworks Suite. However, it was arranged by the organist who managed to butcher it so that the tunes were lost in the overall sounds of the organ.  We and many others left half way through.

The walk back to the apartment (Malhderbes to Miromesnil then Levis) was very pleasant, the weather was mild and the winds moderate.
Posted by Colin Churcher at 1:53 AM