The free roundabout was very much in demand by the small kids who had to line up until it was their turn to get a ride. There was a large group of kids all wearing high visibility vests with "Mairie de Paris" on the back.  One little girl couldn't get a seat and was close to tears.  Another mother noticed this and talked to her child who agreed to give up his seat so the little girl could be with her friends.  The look on her face said it all.

We walked up to the Arc de Triomphe to see the crowds. There were a number of electric "trams" which are run by the RATP.(the Paris equivalent of OC Transpo) 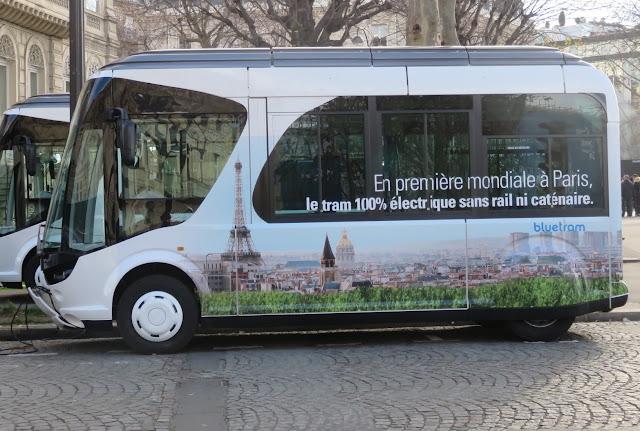 Our next stop was the street market just off the Avenue des Ternes for a quick snack then on to FNAC to get some tickets for a performance at La Madeleine next Wednesday.

For dinner we went back to the P'tit Canon where Mary had the lamb shank and I had the magret de canard.  Both were excellent.  Mary needed extra bread because she had to sop up the gravy in the pot as well as on her plate.

Posted by Colin Churcher at 7:27 AM